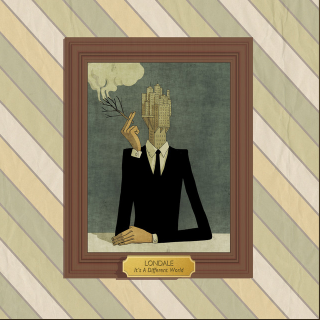 On the heels of releasing their debut record “AM/FM”last May, Houston rockers Londale have dropped their second record, “It’s A Different World”, ” a collection of four songs told from different narrative perspectives and direction, but somehow create a cohesiveness in that each dives a little deeper into the emotional wreckage of relationships and how we see each other and how others see us.

The first single to be released from the record “If We Were Normal” has its origins from that very same line uttered by one of the characters in the 2014 British film Pride. The song was finally finished after being inspired by the Evan Rachel Wood’s character in the HBO series Westworld and bandmate Hammond’s recommending Collins watch the movie Ex Machina. “It just all came together for me, as each character struggles to deal with their very honest, yet complicated feelings of who they are and how they fit in.”

Londale recruited local Filmmaker/Photographer Bryan Forrester to helm the video for “If we were normal”. Forrester has directed Music Videos for local acts such as Venomous Maximus, Deep Cuts, ListenListen, and The Hell City Kings. The video for Londale is a departure for Forrester who’s enigmatic work is usually done with traditional filmmaking tools, Forrester and Londale decided to go with CGI to accomplish their video on a space station staffed by androids.