Sitting down with Brendan McMahon 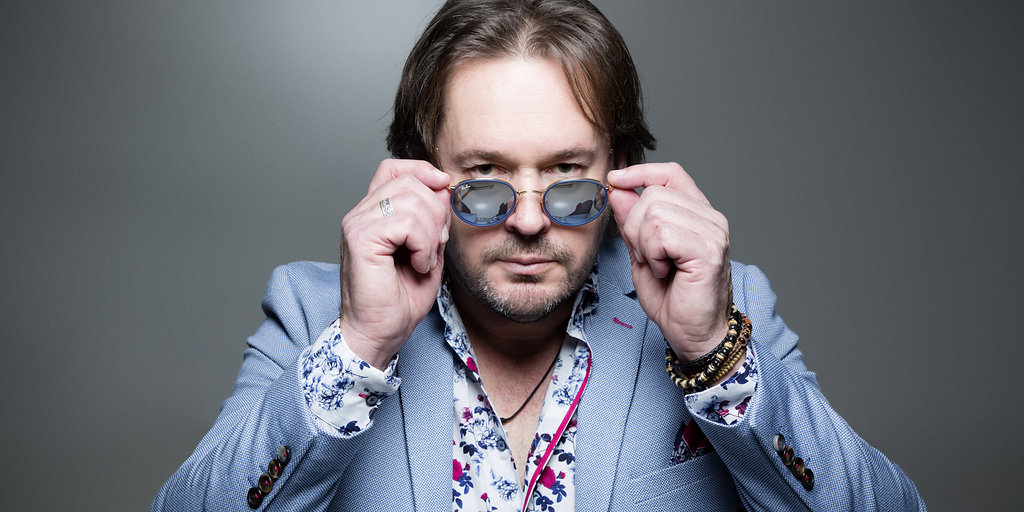 Today, we are speaking with Brendan McMahon. Can you give us a little background information about yourself? How did you get into music?

I’m a country boy born in a town of 900 people about 50 miles north of Adelaide, the capital city of South Australia. I lived in that area for the first half of my life.

I recall loving music from when I was very young and at the age of around 10 I convinced my parents that we needed a record player… it grew from there. My first album way a compilation of Australian music and from there it went from glam rock, Slade & The Sweet, to harder rock, Led Zeppelin, Black Sabbath, Kiss, Van Halen, Queensryche, Warrant etc. These days I listen to all sorts of music.

At 15 years of age I begged my mother to lend me $60 to buy an electric guitar and amp that a mate of mine was selling… not sure I ever paid her back but I hope so. 12 months later I’d upgraded to a new guitar and big loud amp and found 2 mates to start a band with. Our first gig of note was on the front porch of our old house which was in the centre of town and up on a hill. It was a very still night at around 7:00pm and after about 30 minutes of belting out some Beatles songs, the local Police turned up and to book us for noise pollution… must’ve sounded pretty bad…!

What sort of work have you put into the recording and creative processes for your new EP, Universalist?

I recorded my first solo album through 2014 & released it in March 2015… back then I was using the name Satellite Gods for my releases as I had always intended to put a band together rather than be a solo act. As soon as I had started the 1st album, Falling To Earth, I decided that I loved the creative nature of recording music so much that I would follow up my first album immediately with a 2nd full length release… in fact, I started recording the second album before I had released the first. Things grew from there and song ideas kept flowing so once again I started recording my 3rd album before I had finished my second, Marker 7-58. My third full length album is now complete, On This Fine Occasion, but prior to its completion I decided to take 5 tracks from it and release them on an EP called Universalist.

As far as the work I’ve put in to this release, I have to start by saying that I associate the word work with something you have to do rather than something you choose to do… I love every minute of the recording process, from the minute I strum the first chord on my guitar to write the song, to the moment I pick up the pressed CD’s or upload the songs to digital platforms.

I record at a studio on the outskirts of Melbourne called Soggy Dog Recording. I stumbled on the studio in 2014 through a web search of local recording studios… I really liked the name so I made a call and went and had a look at the studio. A guy called Steve Vertigan owns the studio and it resides if the front half his large house in a suburb called Upway, Steve is a trained multi-instrumentalist and has been working in the music industry all his life… his father was also a sound engineer working on live television and in recording studios . The DAW we use is Cubase, we also use a myriad of amazing software plug-ins that are easily available these days. I’ve recently moved on to using a Fractal AX-8 amp simulator for electric guitar recording as it’s easy and produces very high quality guitar sounds.

Tell us a bit more about the titles to the songs on Universalist.  How do each of these tracks provide listeners with information about yourself that had not been provided in your prior releases?

I enjoy bushwalking and there is a national park behind where I live so I quite often walk up through that park. At the centre of the park there’s a look out with a trail marker erected on it… it stands about 12 to 14 foot tall and has a tag hanging from it which has “Marker 7-58” on it. It’s a very peaceful spot and it has amazing 360 degree view from it. Marker 7-58 was the inspiration for the title of my second album and also for the opening track on the Universalist.

Hotel Hemingway’s inspiration came from the Ambos Mundos Hotel in Havana, Cuba. Earnest Hemingway spent quite a bit of time in Cuba in the late 1950’s and early 1960’s, he also wrote 3 of his novels in a room in the hotel. The room has been kept as Hemingway left it in 1961, his bed, fishing rods & typewriter are all still in the room as it’s been set up as a memorial to him. I visited Cuba a couple of years ago and wrote the song about Earnest and the hotel.

Friday’s In December’s inspiration came from Peter Maslen (Maz) who is the drummer on all of my music. We were sitting in the studio between takes and we started reminiscing about the freedom of youth and the importance music played in both of our young lives… there’s even a reference to one of Maz’s bands, Boom Crash Opera, in the lyrics… “hands up in the air” which is a Boom Crash song.

I don’t think there would be too many questions about the inspiration for the song Mother once listened to. I wrote this song in memory of my mother for my 3 sisters and myself… she passed away many years ago at a very young age. I also intended for this song to be one of utmost respect for everyone who has lost their own mother. It’s a very personal song and I remember the night I was writing the lyrics as it’s the only song I’ve written with tears flowing freely down my face.

Beat is a song about the experience of recording my first solo album. I found myself in Soggy Dog Recording studios working with some of the finest musicians in Australia… musicians that I’d grown up listening to and admiring. The experience was somewhat surreal but the musicians were great people and I’m very happy to regard them as friends these days… I’m still recording with many of them.

In the early days my heroes were guitar legends like Hendrix and Van Halen and then added to this were vocalists such as Jani Lane from Warrant & Geoff Tate from Qeensryche. These days the greatest influence comes from the story tellers and there are lots of good ones, I tend to listen to music that takes me on a journey through the lyrics and the delivery of them. Artists like Harry Manx, Richard Thompson, John Mellencamp… I could go on for quite some time with the list.

As far as a dream line up on stage… the musos I record with would be great as they are all part of the sound of Brendan McMahon… they have all added so much to my music, particularly Peter Maslen (drummer) & Jason Vorherr (bass player & backing vocalist)

Social media is probably my Kryptonite as I’m yet to really work out what works best. I play around with SoundCloud, Instagram, Spotify, ReverbNation, Number 1 Music, Spotify and Facebook. The great thing about the social sites is that I have fans of my music in a lot of different countries… I get a lot of people contacting me saying that they enjoy my music which is very satisfying and very humbling. I still prefer the spontaneous nature of live performance and the opportunity it gives me to speak to people face to face.

What should listeners expect from your music in the future? How can interested NeuFutur readers locate samples of your music? How has the radio/Pandora/Spotify/other online response been for your music?

I’d be lying if I said that I’m going to focus on fitting in to a single music genre in the future as I think that’s a bit boring. There’s a strong likelihood of my music spreading in even more directions in the future judging by the stuff I’m writing at the moment… I look at it kind of like going to a good restaurant, the more flavors the better.

As far as Spotify & Pandora, I’m starting to get people find me on them in recent times… I’m hoping that grows over time.

2018 is going to be very busy as I’ve just gone back in to the studio with 2 albums of new tracks. Half way through 2017 I had already written enough material for my 4th album but the ideas kept flowing so I kept writing. I had a goal back in 2015 after the release of my first album to record 3 albums in 3 years… that soon changed to 5 albums in 5 years… I may need to reassess as the way things are going it may turn out to be 5 albums in 4 years.

I released my first solo album at 52 years of age, by the time I’m 56 I’ll have 5 solo albums out. I now have fans of my music that range in age from 15 to 75 in all parts of the world… don’t ever let anyone tell you that you’re too old to achieve your dreams because all they will do is steal them from you.