Brian Hutson – Anything Can Happen 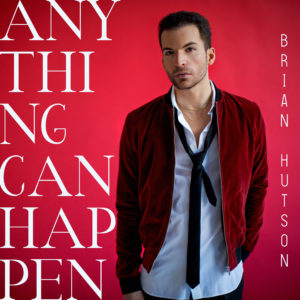 Brian Hutson should give up his day job as soon as he can. Hutson went to work on Wall Street after earning a business degree from college and continued to chase his dreams in his spare time, but it’s apparent that his real talent lies with music and its ability to affect people’s lives multiple times a day for many, many years. His latest single “Anything Can Happen” practically throbs with the sort of emotion that seems to fill every Brian Hutson song and also reflects the same outstanding production values defining his previous releases. The EP release Midnight Sessions is, undoubtedly, his longest sustained gem so far, but this single moves the needle for Hutson as well thanks to the unqualified excellence making it stand out from the average pop number. 2018 is shaping up to be Hutson’s biggest year yet and one can only hope it brings leaving Wall Street in his rear view mirror a little more likely than before.

Vocals can’t save bad songwriting, but they don’t have to here. Instead, Brian Hutson’s charismatic and heartfelt vocal is full of unthreatening longing and a strong sense of possibility. He really taps into the song’s mood without ever over-exerting his presence against the instruments and in the song’s mix. It’s especially nice to hear how his singing plays off so well against the song’s acoustic guitar, but it’s nicer to hear how he makes the song’s fine lyrics come to further life with his dramatic rendering of the text. This isn’t songwriting that looks to remake the wheel, but his singing imbues it with the quality of direct, performed poetry and never tries the listener’s patience with histrionics or melodrama. Instead, he wants us to feel all of the emotions depicted in the song and does so with a stylishness that, I’m sure, many performers would like to possess, but few do.

The production does a stellar job with the instruments. The song’s aforementioned acoustic guitar laces its way around Hutson’s voice and the rhythm section playing with a near lyrical quality interspersed with some muscular chords that give the song added internal movement. It often approaches a lush feel, but never goes overboard and there’s an obvious discernment in what the musicians play that makes everything all the more meaningful. The two minute fifty second running time doesn’t afford any space for the musicians to take individual star turns, but this performance and song isn’t about that at all. Instead, “Anything Can Happen” is a real song rather than an instrumental vehicle and the overall completeness of the performance is as fine as anything you’ll hear in 2018. Brian Hutson’s continued growth as a performer and vocal interpreter is rapidly making him one of the most respected singers going today and there’s nothing here that won’t further underline that growing reputation.