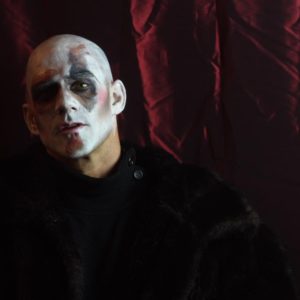 As a musician myself, it’s been a really amazing thing to see the impact that smaller indie labels and artists acting as their own representative have had in the last 15 years. Since I first got into music, I’ve been able to see things change quite a bit, where once an A&R department and marketing agents made most of the decisions about what we were going to be listening to on the mainstream level, now the audience is taking a lot of the power back and making it a lot more feasible for up and coming artists to not only find their stage but take over the game. Lately if you’ve been on the east coast, it’s been impossible to escape the buzz surrounding New York’s The Merrymaker’s Orchestrina and their fun blend of folk psychedelic harmonies with brash distorted noise and stripped down production values. Their new album Act 3 has already garnered a wave of international support and already has fans begging for more, and they’ve only been a recording entity for a brief time.

Released at the end of last April, the Act 3 is an ambitious full-length for a debut record, and it lives up to a lot of the expectations one would have when first hearing a record that has been this hyped. There’s blues rock sleekness (“In This World, Not of It”), hipster irreverence (“Enemy”) and a slab of rollicking 70’s world pop channeled through 80’s solid state fuzz (“There’s No Such Thing As God”) to feast your ears upon, and if that weren’t enough, the crystal clear audio of each track makes enjoying the neatly tucked-in string nuances so easy that you’ll feel like you’re looking through a picture window into the mind of songwriter Ryan Shivdasani. There are a couple of moments that feel like The Merrymaker’s Orchestrina are overstating their noir-like darkness, but it never becomes an annoyance or a distraction away from their mature approach to play.

Presentation is everything in art, whether it be in the plating of an immaculately prepared meal fit for a king or the delicate arrangement of a bass part beneath a drum beat, and for the most part The Merrymaker Orchestrina hit it out of the park on this, their very first effort at making a studio album. By the time that we get done picking apart the bones of Act 3 and analyzing the themes that are uniquely presented to us in each of its songs, there’s a lingering feeling of irony that still remains long after the music stops playing. It sort of reminds me of listening to The Ramones’ Rocket to Russia, where it isn’t until the conclusion of “Surfin’ Bird” on side two that we begin to realize the gravity of what we’ve just listened to. I really hope I have the chance to see this band live at some point before the year’s end, because if my gut is right, The Merrymaker Orchestrina could be sitting on sound that will play a major role in shaping the sound of the impending decade.