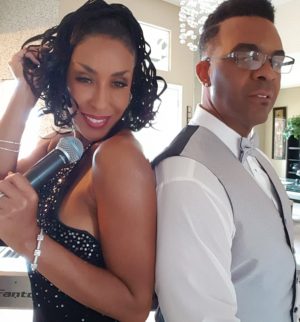 Mu’Sonique Records present Dustyy Lane, a band and a duo in one, with a new single, “Now It’s Christmas.” The Dustyy Lane Band spell the name with two y’s, but that could just distinct them from other using the same name. But they’re not just a duo, as pointed out they are also a big stage band. This is a review of their original new hit single together, as they’ve travelled a long road to meet up for what is some of the best music you’ll hear on today’s scene, especially on the west coast where they play a lot. You won’t find Christmas music around that competes very strongly with theirs.

Carl Roland is well known for being a hit-makers hit maker, and he’s truly the secret weapon behind KLEO, but it’s also the other way around, depending on how you look at it. That’s what make them so right for one another, it’s just a matter of time before the world catches on. They’ve already done everything an artist dreams of, but there’s always that burning desire to keep going and that’s how a lot of pros like this wind up coming together. Agents can play a part but crossing paths at certain points is also how such talent winds up paired.

Whatever it may be, it’s a good thing Dustyy Lane are together because there is a major shortage of this caliber going around anymore. One listen to this track and you will be instantly hooked in enough to agree they’ve got a colossal sound. That being-said it’s not too glossy, but it’s mixed with precision hands that only great producers like Roland are even capable of. The songwriting also cannot be beat, and they both meet- together on that as well. It all checks out at the highest standard found today, even if limited to the holiday season. You’ll want to hear much more from them if “Now It’s Christmas” is your introduction.

The lyrics follow the Christmas eve routine, complete with layered youthful sounding voices singing away in the background, which adds just the right touch early-on in the song. KLEO is a fabulous singer and her shops on full display while Roland plays magnificently around her. There’s almost no describing how well they are matched, but the song does the business and says everything you really need to know. And if you’re not blown away by it, then you’re looking for something else.

Look no further if you want top shelf material in your devices, because “Now It’s Christmas” is destined for the top of every playlist if it catches on, which is more likely than not. They’re a band also worth following as they break more ground with covers and originals, and a stage show that is a must see. KLEO sings with sheer class and the music is vibrant and accessible like all hit quality holiday songs of the past, with the actual ability to surpass many of them, and that’s saying as much as there is to be said about a hit song, especially a holiday song.

“Dustyy Lane’s” music has been heard all over the world due to the radio plugging services offered by Musik Radio Promotions. Learn more – HTTPS://musikandfilm.com