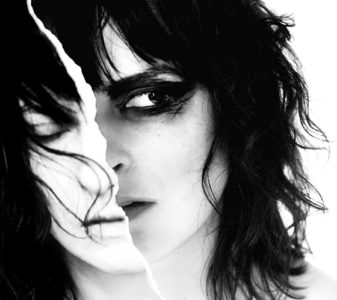 Laced with distortion and a pristine spring reverb, the searing riff that opens “Gold,” the first track of Emma DeCorsey’s new extended play The Dream, pushes and shoves its way into focus with an unforgiving brutality that is only curtailed by DeCorsey’s smoky, melodic vocal. The stomping beat guides us along as we get lost in the angst-ridden delivery of the lyrics, which overpowers the content of the verse but significantly influences the mood of the song nevertheless. DeCorsey is confident, even brash in this tune. As heavy and boisterous as the music gets, her singing is never drowned out by the sonic chaos swirling all around her.

DeCorsey further demonstrates her vocal prowess in the rattling “Dishes,” which comes to life out of a blistering pile of feedback and unfolds into a tense, bass-driven dirge in its first few discernable bars. Again, the substance of the lyrics takes a backseat to the harmony between her singing and the backing band, which is both angular and sublime, but not quite eccentric enough to be considered avant-garde. There’s a grungy, Superfuzz Bigmuff-style black and white grit to the mix of The Dream that stops just short of being totally lo-fi but still adds a raw integrity that is unmistakable when compared to similarly stylized mainstream releases.

The beat of “Dishes” takes a little longer to warm up than I would usually care for, but what it lacks in urgency it more than makes up for in sheer brute force, which the track boasts in spades once it reaches the halfway mark. Following the galloping beat of this song with a slower tune like “Viber” seems a little odd to me, but I can perhaps see what DeCorsey was trying to achieve conceptually by doing so. The latter track is a psychedelic-tinged, spacey break from the thunder of the first two songs – in some ways, one could consider it the calming eye of the volatile storm that is The Dream.

Clocking in at over seven and a half minutes in length, “Viber” dwarfs the three songs that it accompanies on this EP by an average of almost four minutes. Relative to the fourth track “Just Lick Me,” it also lacks the adrenaline that The Dream dispatches with impunity (which I might add is one of the record’s best qualities). DeCorsey doesn’t give a throwaway performance in the song, but its inclusion in this release wasn’t essential to accomplishing what it ultimately does. This record is trying to establish Emma DeCorsey as a capable, magnetizing solo singer who can manage the viscerally structured palate of a punk-inspired rock band; not an artist doomed to aimlessly wander through multiple genres in search of her identity.

“Just Lick Me” is my favorite song from The Dream, mostly because of how organically it conveys DeCorsey’s strongest attributes. Here we encounter the stop-start blasts of white noise that the record got us started with, only in this scenario there isn’t anything to stop them from getting out of control. DeCorsey rolls with it – her vocals adjust to the intensity of the instruments exquisitely and together they make a singular, ultra-powerful force to be reckoned with. Her vibrato is unrestricted, and every element of the song (guitars, drums, bass) is operating in perfect synchronicity.

She may have a little ways to go before her brand of alternative rock is refined enough for primetime, but Emma DeCorsey proves that she has tremendous potential as a solo artist and maestro of melodies in The Dream. The nucleus of this record is the stirring harmonies orchestrated by DeCorsey and the instrumentation behind her. Not only does she come off as focused and on-point in her execution, the gravity of the rendered tonality goes a long way towards rectifying this release’s cosmetic flaws. It’s definitely not an amalgamation of everything that she’s capable of unleashing in the studio, but it’s an enjoyable, accessible way to introduce audiences to her sound.

LOOK AT MY RECORDS: https://www.lookatmyrecords.com/episode-1/2018/5/31/episode-51-emma-decorsey-of-i-am-the-polish-army