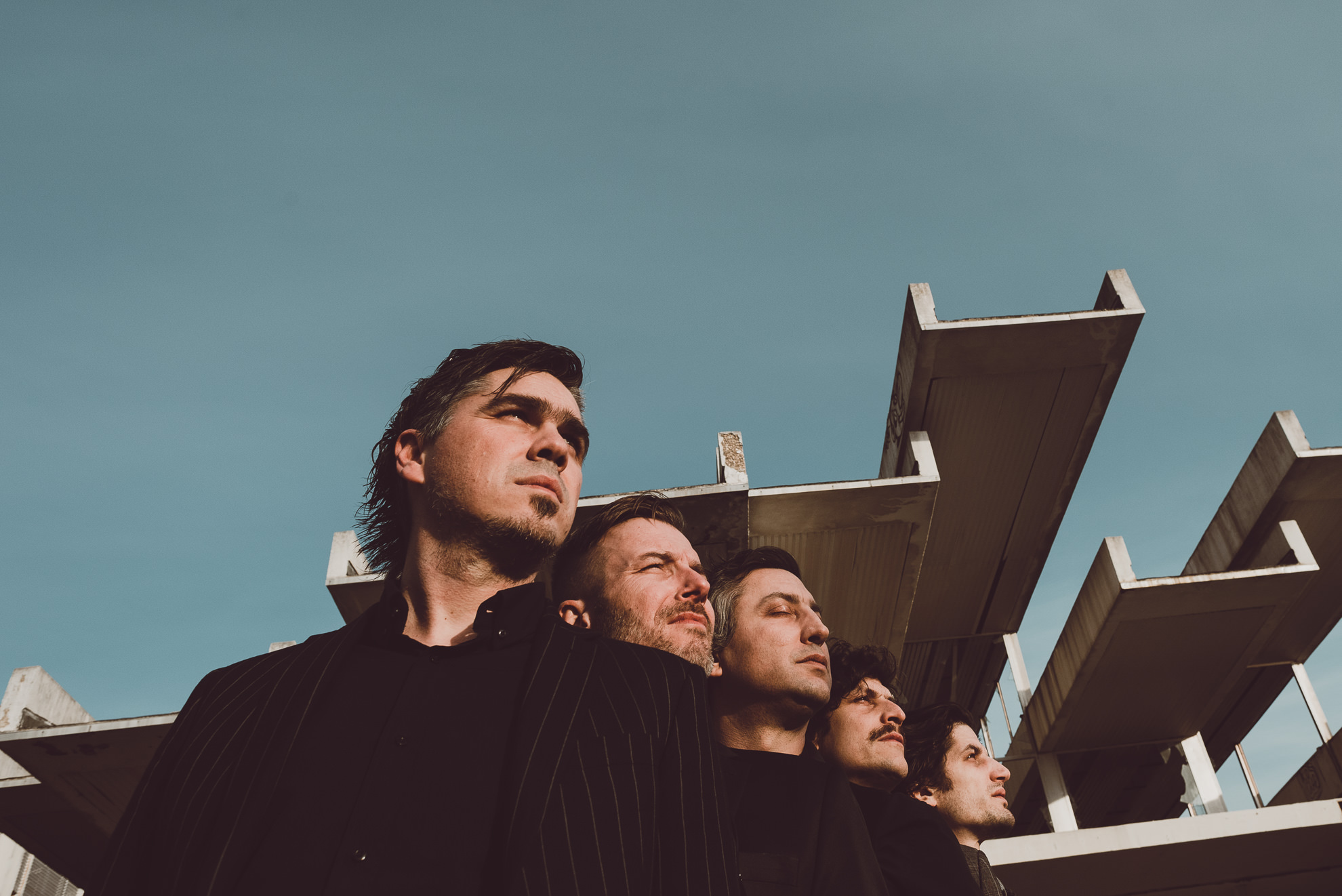 Vocals sung in a half-whisper line the melody that greets us at the onset of “Monkeys,” one of eight new songs that makeup the whole of Jonathan’s latest album To Hold. Slowly, an unforgiving master mix crushes us with its compelling strength and gives way to an ethereal mixture of surreal guitar play and aching lyricism delivered in a passionate, tuneful wail. The band’s chemistry is tighter than ever before, and their rhythm intoxicatingly seductive. From the moment that we press play on track one, “Way to Go,” to the second that the ominous bassline of “Gone” evaporates into the ethers, Jonathan have us on the edge of our seats in a definitively cinematic listening experience.

To Hold is a startlingly complex record, particularly in lumbering pop tracks like the catchy “Something to Cry About” and breakneck “Seasons.” The hooks are easy for even the most casual of pop fans to embrace, but in terms of more discriminating alternative rock enthusiasts like myself, saying this record is satisfying just doesn’t cut it. Jonathan go out of control and throttle us with Joy Division-style beats in “Wake up Call,” postmodern grooves in “I Never Meant to Be There” and channel vivid dreamscapes in “I Don’t Mind” and “Gone,” all of which feel authentic and are deeply stirring on multiple fronts.

These tracks flow together so brilliantly that there are moments when To Hold feels a bit like a concept record. With all of the rip-roar alternative rock enthusiasm, there’s also a healthy dose of spacey shoegaze-esque pop that balances out the album and keeps it from feeling lopsidedly intellectual. That said, there’s never a jarring speedbump that interrupts the fluidity of the record, making it a more than adequate piece to be consumed in its entirety during a single sitting. To be truthful, I found that it adds a dramatic depth to the lyrics and the music that just isn’t there otherwise.

“Seasons” and “Something to Cry About” are really physical glimpses of the raw tonality that Jonathan bring with them to any live performance, and although “Monkeys” and “Wake Up Call” are possibly a tad more minimalist in stylization, theirs is nonetheless an affectionate abrasiveness that really makes this record the star that it is. For the level of technology that is at their fingertips, I don’t get the impression that any of this smoking overdrive is artificial or software-generated. The drums are crisp and cutting, while the bass is a brash, brutal spring trap just waiting to ensnare us with its mammoth size.

Without question, To Hold is one of the smartest rock albums of 2019, and I don’t have to wait for December to declare it as such. Jonathan have come into their own on this record, and dispense one fiery alternative anthem after another in what amounts to eight of the most evenly-mixed tracks I’ve had the pleasure of reviewing this winter. The future is looking very bright for this Croatian crew, and if they keep on this present trajectory, they have the potential to break into the American mainstream and beyond (a feat that isn’t easy for any band to achieve, local or otherwise).