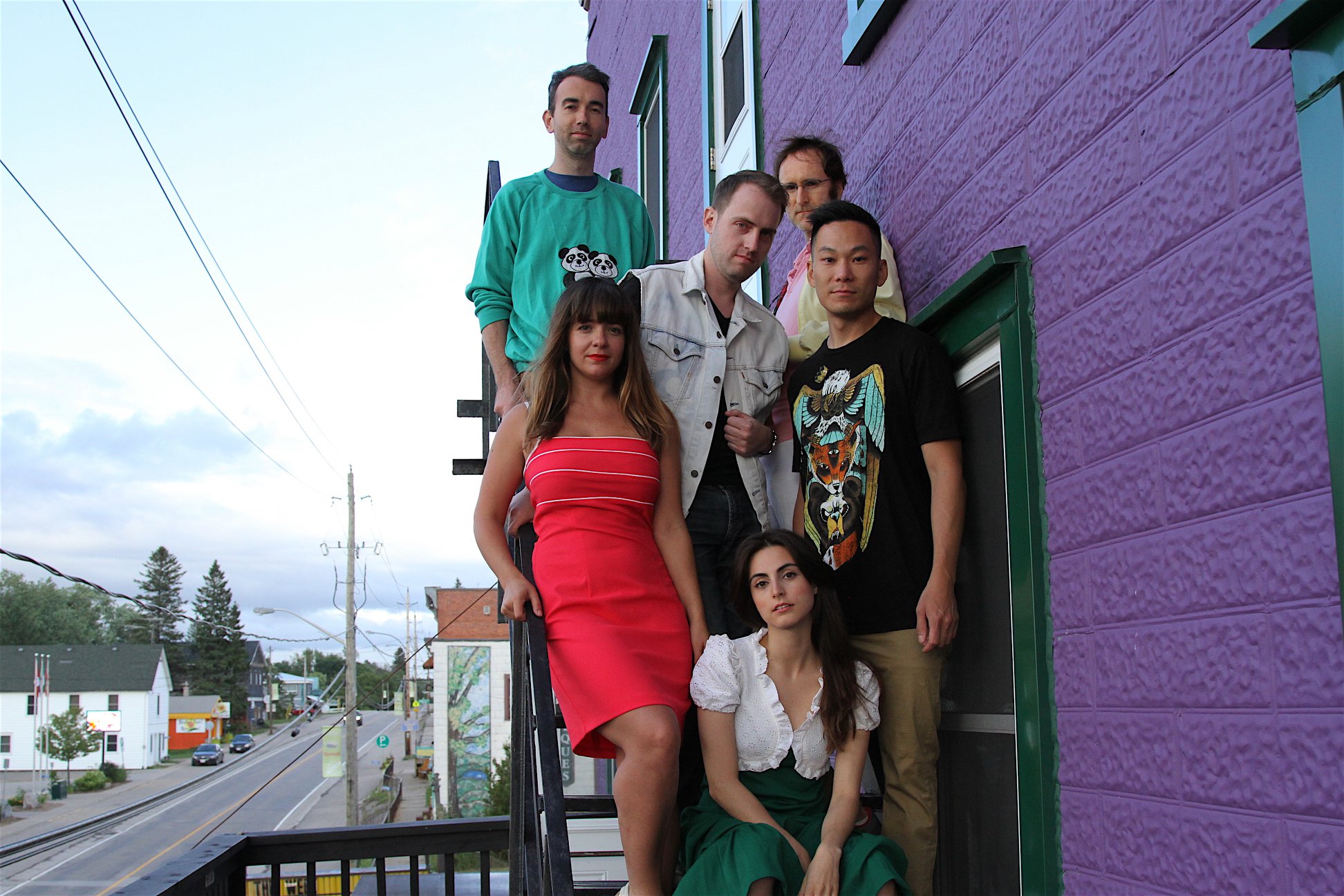 Young Doctors in Love boast a sense of album structure you just don’t hear from young acts anymore. It is not the point of view of curmudgeon – the album simply doesn’t dominate the imaginative landscape of up and coming musicians as it did for previous generations, music distribution is turned upside down compared to traditional models, and thus much of the feeling and instincts for assembling a coherent album greater than the sum of its individual parts has dulled with disuse. Young Doctors in Love, a six member band based out of Canada and “lead” by chief songwriter Clay Puddester, exhibit a sense of scale, pacing, and structure rivaling that of bygone icons and the already exceptional songwriting on each of …in Love’s dozen tracks has enormous potential to evolve, over coming years, into something even grander. This unit has yet to peak musically.

They’re close however. The one two combination of the short “Julia”, carried most of the way by the vocal magic of co-lead singers Stephanie Matos and Melissa Peters, transforms into the pop throb of the album’s second song and first single “Julianna”. They demonstrate with this opening they understand, all too well, how to bring a listener into their musical world with a minimum of fuss and hold their attention to make the musical statement they want.

The video they’ve released for the single “Julianna” is an excellent example of what a promo clip can still accomplish in 2019. It puts an image to the sound and voices for listeners and the band’s stylized look is quite appropriate for the music they write and record, especially a song like this. The song’s energy level is quite high, but Peters and Matos match it all the way with their robust and well paired harmonies. The album’s fourth track “Jamie!” brings horns into the musical frame from the first time and their added color helps this playful romp make an even deeper impact on listeners.

“Juliette”, the last of the album’s half dozen songs named after a girl, pushes different buttons than the preceding mini pop symphonies propelling the album’s first five tracks. It isn’t a complete departure from the style established over the course of those songs, but the near menace in the verses is a notable detour from what Young Doctors in Love offer up to this point. “Come On and Love Me (Like You Used to Do)” has one of the most infectious tempos you’ll encounter on this collection and it shifts gears into a chorus certain to sweep you away. Matos and Peters acquit themselves quite well once again.

“Just Give Me A Little Bit of Your Love” finds horns returning to the music for some colorful flourishes and, likewise, utilizes Puddester’s guitar to excellent effect. There’s a slight Beatles influence coming through here, but the band consistently produces performances with an idiosyncratic flash that has a frame of reference but, ultimately, owes nothing to any predecessor. …in Love proves they are skilled pouring old wine into new bottles.