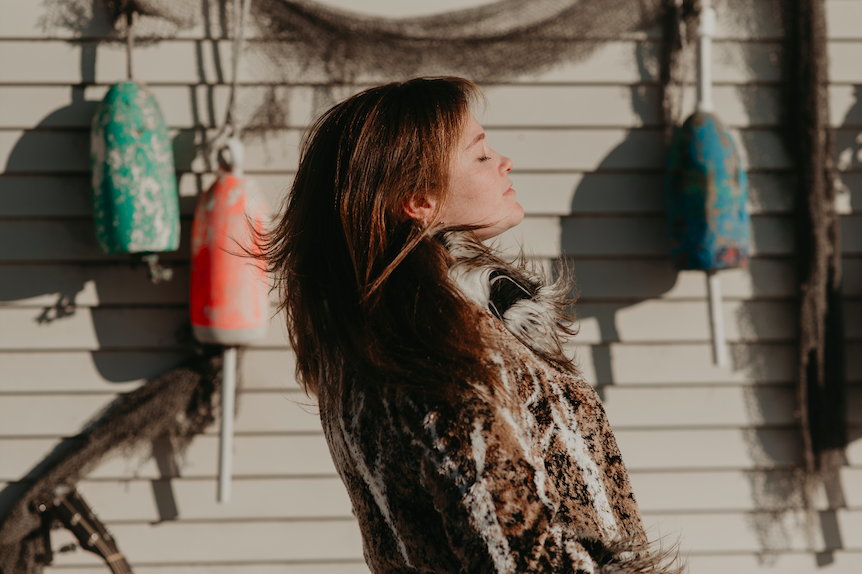 With a sweet little swing, “You Don’t Need a Rose” infects the air with a confident swagger that listeners won’t be able to shake when taking in its decadent strings alongside the other ten tracks that Lauren Crosby’s I Said Take Me to the Water has in store for pop fans this spring. Driven by its lighthearted lyricism and freewheeling rhythm, “You Don’t Need a Rose” is a good sampling of what this latest record from the rising indie star brings to the table with it, but in the grander scheme of things, it’s only a taste of the evocative artistry that this phenomenal LP contains.

Country twang underscores the melodies in “Dead River Road,” “I Work, I Work, I Work” and the balladic “That Picture,” but I’m hesitant to label this album as being anything other than old school Americana fused with alternative folk music. Crosby has a lot more in common with vintage country/western singers than she does anyone in contemporary Nashville, but her sound has a crossover appeal that would make it an interesting listen for both hipster bohemians and fans of pastoral poetry alike – which, in itself, makes her a bit of a diamond in the rough nowadays.

The guitar tones in “Is That OK,” “Skylights,” “You Don’t Need a Rose” and “Why Are You So Blue?” are some of the swankiest that I’ve heard in a Lauren Crosby record, and they complement her smoky vocal wonderfully. The strings are telling us just as many stories as her pointed lyrical content is in these tracks, and there’s even a couple of instances where the music is a touch more emotionally expressive than the verses themselves are. Individually, these songs are all single-quality, but together they form a gripping cinematic adventure that’s fun for anyone who can appreciate a good, unvarnished groove.

“Sunshine in My Soul,” “Is That OK” and “Tak City” are more streamlined than the other tracks on this LP are, and they add to the fluidity of the tracklisting excellently. For as wide-ranging a palate as she’s working with, there’s no rigidity to the transition between these songs, and I would even go as far as to say that, thanks to this top shelf master mix, the record plays out more like a live performance than it does a mere set of studio recordings no different from any other seeing release this May. She puts a lot of stock into making the tonality of her instruments and the texture of their melodies the star of the show here, and that actually makes each of these tracks feel like an anthem in their own right.

Tenacious, spunky and full of an honest lyrical wit that I’ve yet to hear in the output of her closest rivals, Lauren Crosby delivers a treasure chest of troubadour-style folk songs, crossover country tunes and blustery swing ballads in I Said Take Me to the Water that is sure to raise your spirits this spring. She’s built on the foundation of her last two records and adopted an exciting, experimental edge that I’m eager to hear more of, and once you check out this album for yourself, I think you’re going to be just as thrilled with her current artistic trajectory as I am.