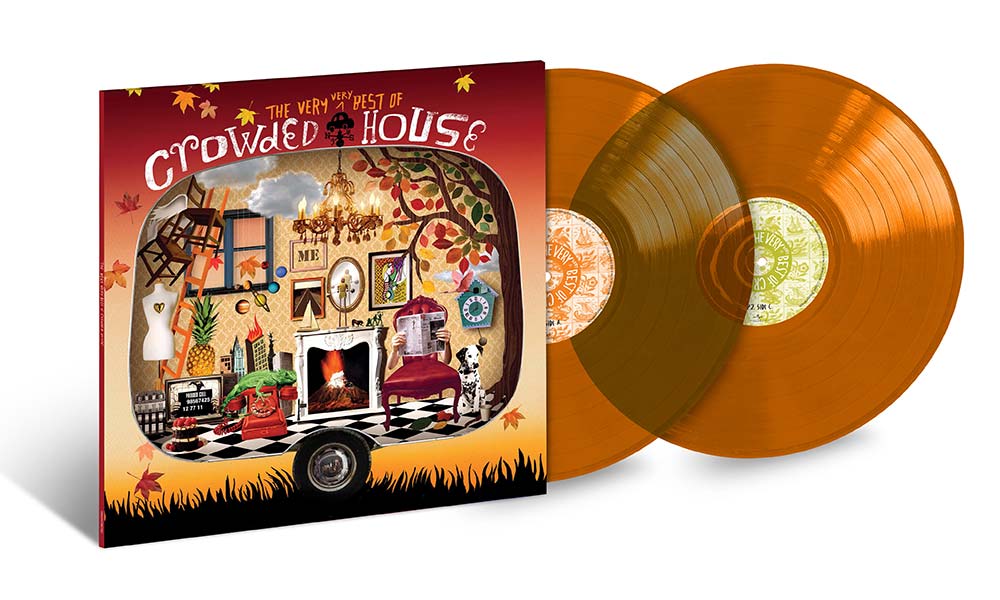 In the 11-year span of their first run, Australia’s Crowded House could simply do no wrong, churning out one brilliant album after the next at a rate of just about an album every other year until their split in 1996. The band has since reunited twice – between 2006 – 2011 and again in 2016 – but it’s hard to find a period as creatively solid as their first four records, the bulk of which make up this stellar The Very Very Best Of collection.

Thanks to the cash cow that vinyl has become, labels are digging deep into the vaults to re-release albums to a new generation, or those who have simply gotten rid of their old vinyl when they were told CDs were the future. Capitol and Universal Records, which re-released the Crowded House back catalogue on 180-gram vinyl to mark the band’s 30-year anniversary a few years, have finally come around to putting out The Very Very Best Of on wax as well. This gorgeous set crams 19 tracks onto two 180-gram heavyweight black vinyl LPs. It’s packaged in a beautiful gatefold sleeve including notes and printed inner bags.

You’d be hard pressed to find one Crowded Houses’ stand out tracks that isn’t on this album. And, if you can find one, chances are you already own the record it came from, so relax. It’s been nine years since this best of set was released and the songs have only improved since then. If there’s any justice in the world, this album will find an entirely new audience discovering the band for the first time.