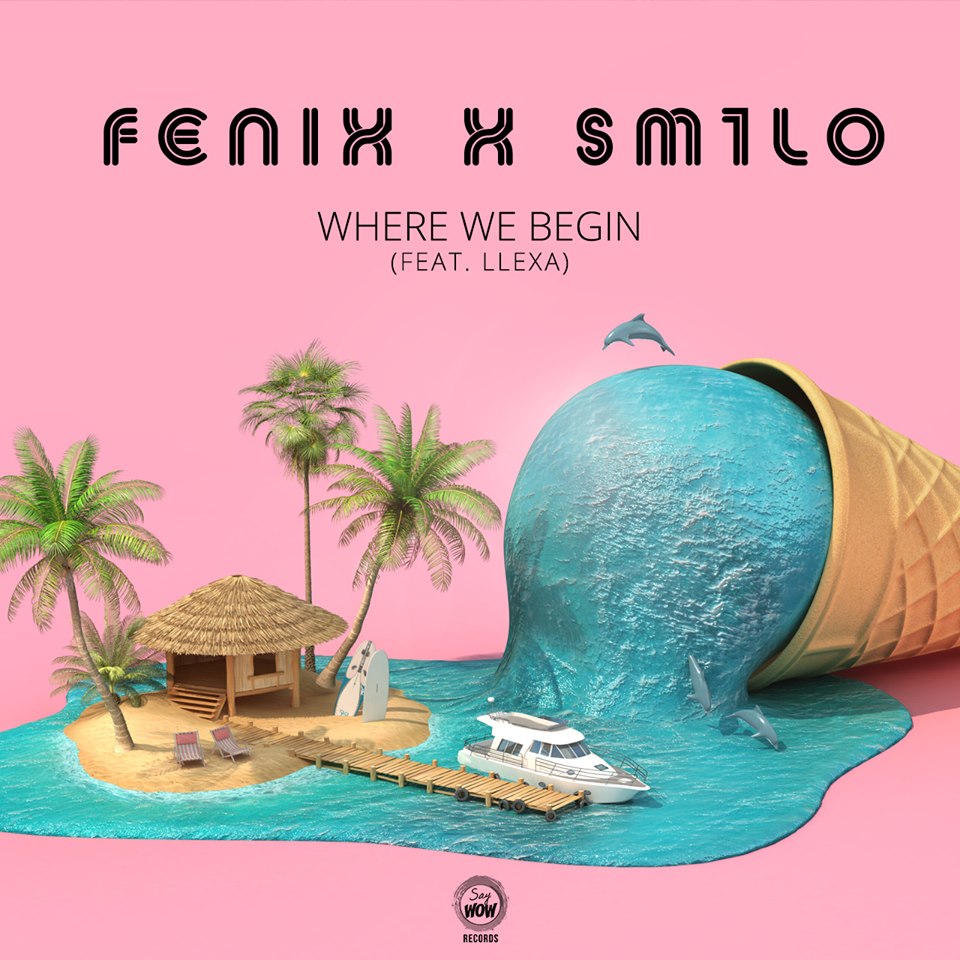 The synthesizer has been a staple in electronica since the earliest days of the genre, but Fenix & SM1LO manipulate it through a uniquely surreal lens that I really didn’t expect to hear in their new album, Where We Begin. Where We Begin is a miniature musical library centering on its title track and thirteen diversely appointed mixes, studio edits and remixes that capture different elements within the composition in both exciting and endearing ways. Together with pop vocalist Llexa, they create one of the most organic EDM LPs that I’ve heard out of the European underground this summer, and while they’re definitely catering to a specific kind of listener with this disc, I was surprised by how multifaceted, and inspiringly accessible, some of the different mixes of this breezy, beat-based song actually were.

The house mixes of “Where We Begin” are really sprawling and littered with a lot of angular rhythm that paces the bassline a lot faster than we find it in the “Radio Dub Mix” or the remixes from both SM1LO and guest star Kali. There’s no unutilized space here, which is a nice change from some of the psychedelic-tinged electronica that’s been making noise in the American underground this season. It’s not that Fenix & SM1LO are rejecting the spacy sounds of a surreal pop movement that would appear to be unstoppable at the moment, but more that they’re adapting the style to meet their own needs as musicians in this release. They’re giving us a master class in making a good EDM single here, and I think that young artists trying to break into this business could stand to learn a lot from the approach taken by these two with Where We Begin.

Tonality is clearly of upmost importance to Fenix & SM1LO, and anyone who would have the audacity to challenge that would do well to take a look at the “Radio Dub Mix” and “Fenix House Remix” of “Where We Begin” in particular. The music is sparkling, crystal clear, and almost ethereal in the way that it’s arranged to create the most force that a single groove, or even a slender synth part, can deliver. It’s on the same level as what SM1LO did with “Love to Hurt (feat. Mia LJ),” only a bit more focused in its affectionate harmonies. There’s rarely a moment where this record feels anything but authentic, and that alone puts it well above the present day standard in electronic music.

Where We Begin is a very special release from some very gifted artists that have earned all of the respect that they’re raking in right now, and I definitely think that it has the right stuff to satisfy fans of pop and EDM alike this June. Fenix & SM1LO haven’t received the same kind of attention from the mainstream press that many of their English and American rivals have been enjoying in the last two years, but they’re starting to accumulate a hype that usually comes right before a major creative breakthrough. With Llexa’s assistance, they might find that very breakthrough with this cleverly experimental record and its autographical song.