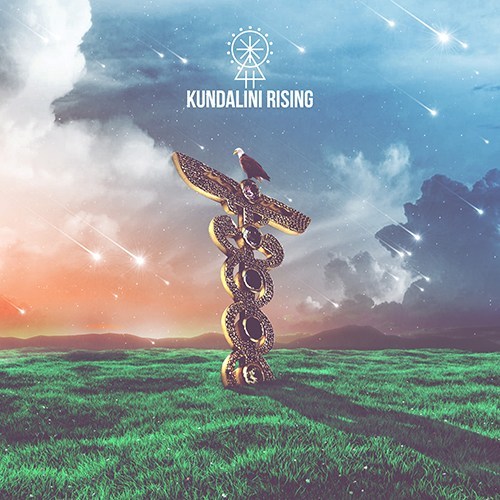 The titular single from Kundalini Rising blends rap, modern rock, and hints of acts like Linkin Park into a cohesive sound that will stick with fans long after the song ceases to play. Smart usage of synths unite these disparate elements and provide ample energy to the rest of the album’s compositions. Sacred Temple is a hard-hitting track that has a similar clap/bass assertiveness to Eminem’s Till I Collapse. The distinct sections between the song’s main body and chorus keeps the momentum of the single high. Listeners are provided with two distinct sides to iLUMiNATiVE during this cut; fans of Immortal Technique or E-40 will find something that they can sink their teeth into during this effort.

Genius Code begins with a bit more of a rock sound to provide considerable highlighting to the nuanced flow that is weaved throughout the composition. The production quality of Kundalini Rising allows the instrumentation and lyrical content to shine alone or as part of a greater whole. The One is a bit more contemplative than much of the fare on iLUMiNATiVE’s latest. The presence of a bit of vocal harmony makes for a holistic track that stands out boldly from the pack, providing fans with a brilliant insight into the performer.

Know Yourself and Angels provide further insight into iLUMiNATiVE; the bit of horns that are inserted into the mix keep things fresh, while Angels’ guitars act as a good counterpoint for iLUMiNATiVE’s lyrical content. New World is a hopeful effort that showcases the sheer ability of humanity to move to a more hopeful plateau. Together, the songs on Kundalini Rising showcase considerable progression, an evolution to a performer’s output that portends big things for the future.

We previously covered iLUMiNATiVE’s The Awakening back in 2017.