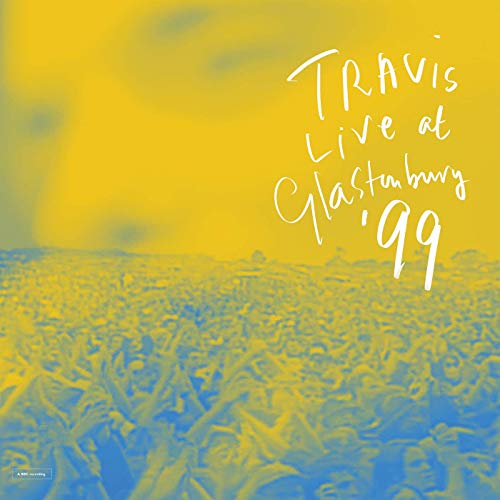 Long before their music was co-opted for sappy TV shows like Grey’s Anatomy and One Tree Hill, the Scottish rock band Travis was churning out brilliant, guitar-centered music that oozed with emotion. No where is that clearer than on the just-released live set from the group’s 1999 appearance at the famed Glastonbury festival.

Out for the first time on vinyl and CD thanks to Craft Recordings, the set captures the band at their creative peak, sailing after the release of their debut, Good Feeling, and on the verge of putting out The Man Who (arguable two of their best three records). Just a few years old at this time, the band had already found a sound that was able to make them stand out among the many of other Post Brit Pop bands, like Keane, Snow Patrol and Coldplay, that were coming out around the same time. Travis, with guitar-heavy songs like the stellar “All I Want To Do Is Rock,” “Yeah Yeah Yeah Yeah” and “Good Feeling,” distinguished themselves with a more bombastic arena-ready sound. Reeling through a 16-song set, that also included a newer song like “Coming Around” and a few slower tracks like the “More Than Us” and “Driftwood,” the crowd was clearly feeling it that day, despite the many references to threats of rain.

Live At Glastonbury is a remarkable snapshot of a great band at its peak.