Risk: Living On The Edge by Michael Tenenbaum 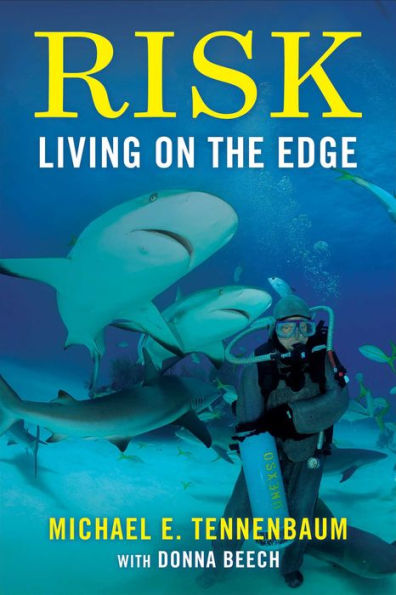 The financial information pertaining to risk factors alone are what help pack Risk: Living On The Edge full of vital history in the age of mass data and tells some great stories involving the rise of it all in chapter 3, and that’s one of its more fascinating parts early on for me. The information in the stories are key to getting interested in the following chapters in the book from where I’m standing, and these financial situations involving numbers find the right placing. But there’s so much more to give this book five stars for, chapter 3 is only where it starts to take off.

The adventures of Michael Tenenbaum are another story within the story altogether and that’s where it achieves most of its praise-worthy content once a little prepared for it in the early chapters. This isn’t some quick scan of information, it’s the opposite, filled with a maximum wealth of exciting and informative literature on the subject. And one of first-hand accounts from an actual risk taker of global status. You get just as much on Tenenbaum himself and it’s a long but economical read with an enormously satisfying approach to a subject not everyone thinks about.

I couldn’t set it down once I got into it, but it can be read chapter by chapter like anything else, it’s just worth mentioning that it reads pretty- fast and easy for its length. You never have to back track to guess where something is going, it moves freely through each chapter, so it takes its own risks in that department, but it has no lumps to be found in the process. I could use a whole series of this from Tenenbaum, but it could be asking too much because it really leaves no variable facts uncovered but who doesn’t like updates either.

If that isn’t enough it’s full of ways to stay informed on risk measures of just about any kind while you learn about how and why it’s important to manage risk at any cost and in any situation. It’s a lot of great information and it’s told in a way that takes right inside the mind of the author who’s lived everything he’s written about with Co-Author Donna Beech. You get the accounts of a risk taker himself who shares what he’s learned by way of world travel to some of the most dangerous places and situations to be in. GOODREADS: https://www.goodreads.com/book/show/44321487-risk

You also get the angle of what he’s learned as he’s gone, and that is where Tenenbaum shares a magnitude of unembellished facts that not only entice on the subject but would fascinate the novice or even the curious and send them away happy they read it. This book will please any and every reader who buys it, and you can’t say that about everything going out to shelves and devices these days. Tenenbaum writes a book to be compared to that of any on the dangers and benefits of risk taking for everything it is worth.