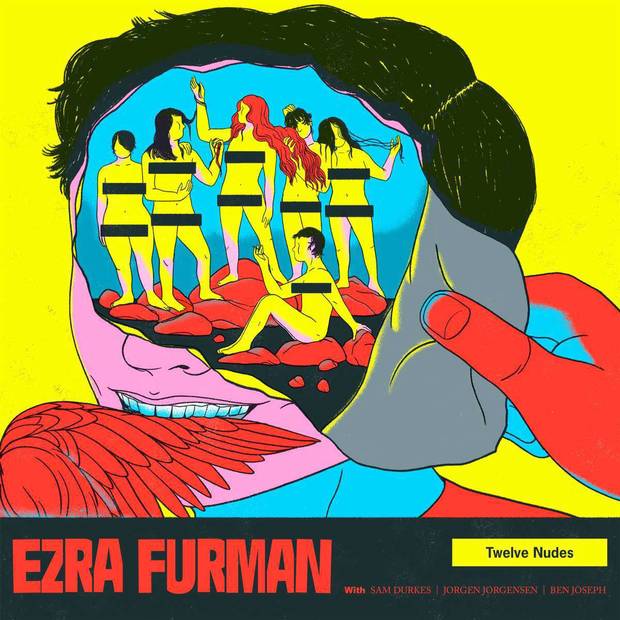 Ezra Furman made the declaration recently that Twelve Nudes is his punk record and as much as he’s flirted with the genre over his past few albums, the anger, spiked guitars and red-throated vocals are clearly front and center here. That vibe is underscored perfectly with the scorching opening track “Calm Down aka I Should Not be Alone” careening to a crash after a Ramones-appropriate two-minutes-and-22 seconds.

Some of the most fun on the record is found in songs like “Rated R Crusaders” with its buzz saw guitars and staccato vocals. That’s not to say the entire album is all distortion and screams; songs like the slow-tempo-ed “I Want To Be Your Girlfriend” and the quiet, angered “Evening Prayer aka Justice” and “Transition Nowhere To Nowhere” give the album a satisfying balance.

Part of Furman’s appeal is his genre defying track record, which in the past has toyed with everything from indie rock, glam pop and even doo wop at times. Twelve Nudes is just another musical side of the always engaging, constantly evolving Furman.  Ezra Furman – Twelve Nudes/Bella Union/2019