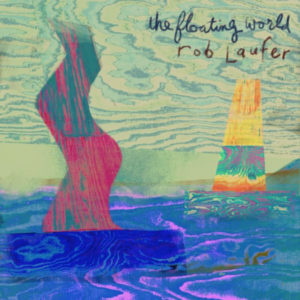 It’s been almost a decade since Rob Laufer last focused on his own music. In the interim, he served as a producer, songwriter, guitarist for hire and music director for Wild Honey Orchestra. While he was in high demand from others, his voice as a solo artist was sorely missed over the past nine years. The Floating World is proof that not a bit of rust set in on his own work.

The record, despite a slow start, quickly slips into some of the most compelling songs Laufer has ever committed to tape. The music swerves in and out of lanes, from lush dream pop (songs like the sublime “Fence”) to solid power pop (“Left of Blue”), with hooks and ridiculously beautiful melodies. Laufer brings to mind a slew of brilliant pop-forward singer songwriters from the past few decades, everyone from Marshall Crenshaw to Michael Penn, and adds another solid album to the genre.

Based on the songs here it appears Laufer’s two strongest muses this time around were The Beatles and Tom Petty. He clearly did justice to both influences.