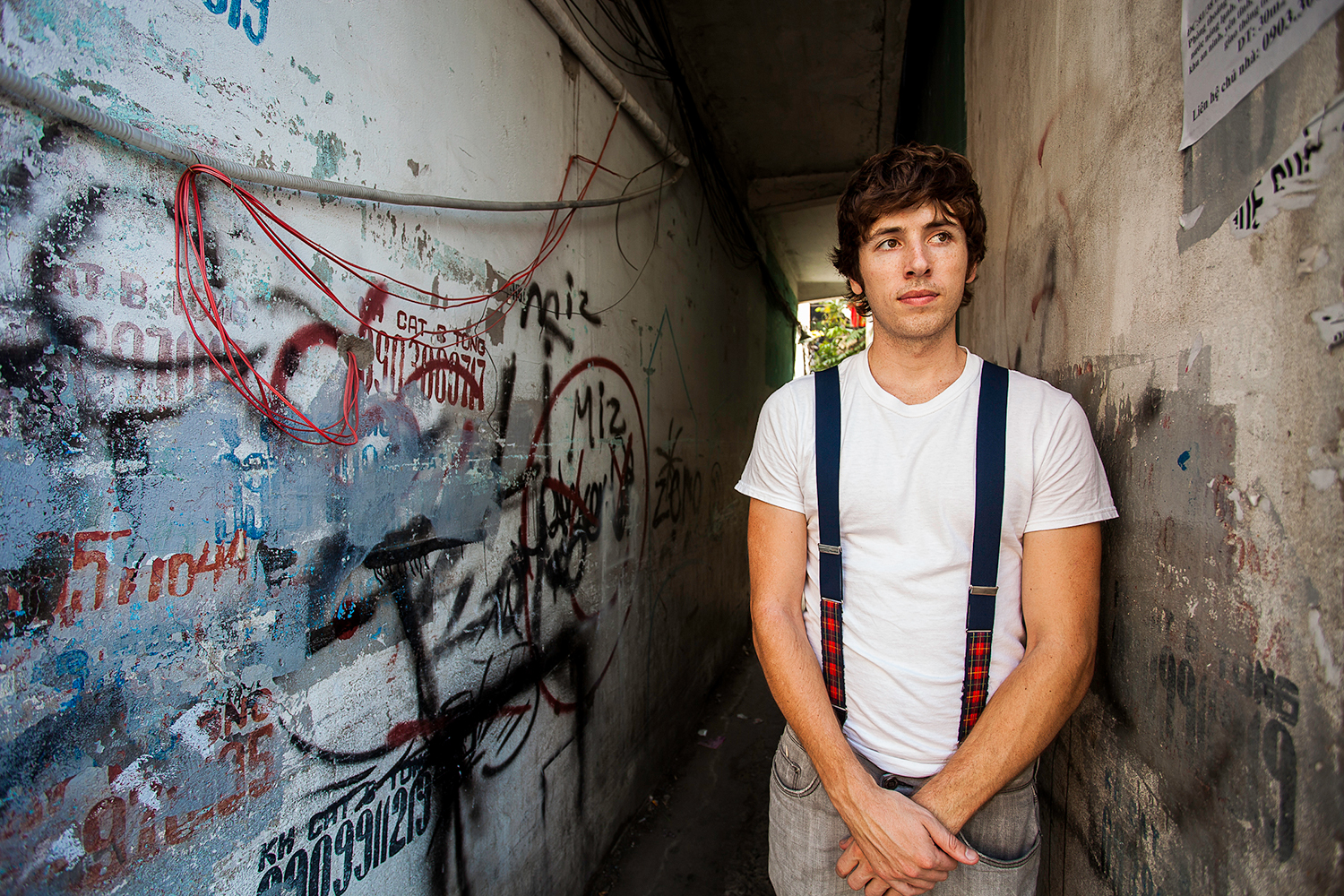 For close to a decade now, Brett Newski has been living the troubadour life. And not, “oh, that guy tours for a month at a time, he’s a real troubadour.” No, the Wisconsin-based musician Newski, began his career in 2011 with a six-month Southeast Asia tour. He followed it up the next year with a 20-date South African tour and has pretty much been on the road ever since – playing festivals, opening for everyone from the Violent Femmes to Barenaked Ladies, to playing living room and basement shows. Sometimes with a buddy on drums, but more often than not traversing the globe alone, his live shows are a thing of wonder and beauty. Part stand up, part serenade, he even manages to play his own backbeat through foot pedals, accompanying himself on guitar and occasionally the kazoo.

It’s a wonder that it’s taken him this long to put out a live record. He does a good job of filling 14 tracks here with a nice cross section of music from his last few albums, from the deeply comical (“DIY”) to the slightly more earnest (“Ride”), with plenty of his charmingly witty banter interposed throughout.

While it hasn’t completely captured the feel of a Newski live show – that would be virtually impossible – it does a pretty admirable job. Live In Wisconsin is certainly worth picking up and playing on repeat until Newski comes through your town again. And based on his track record, that’s probably just a few weeks from now.