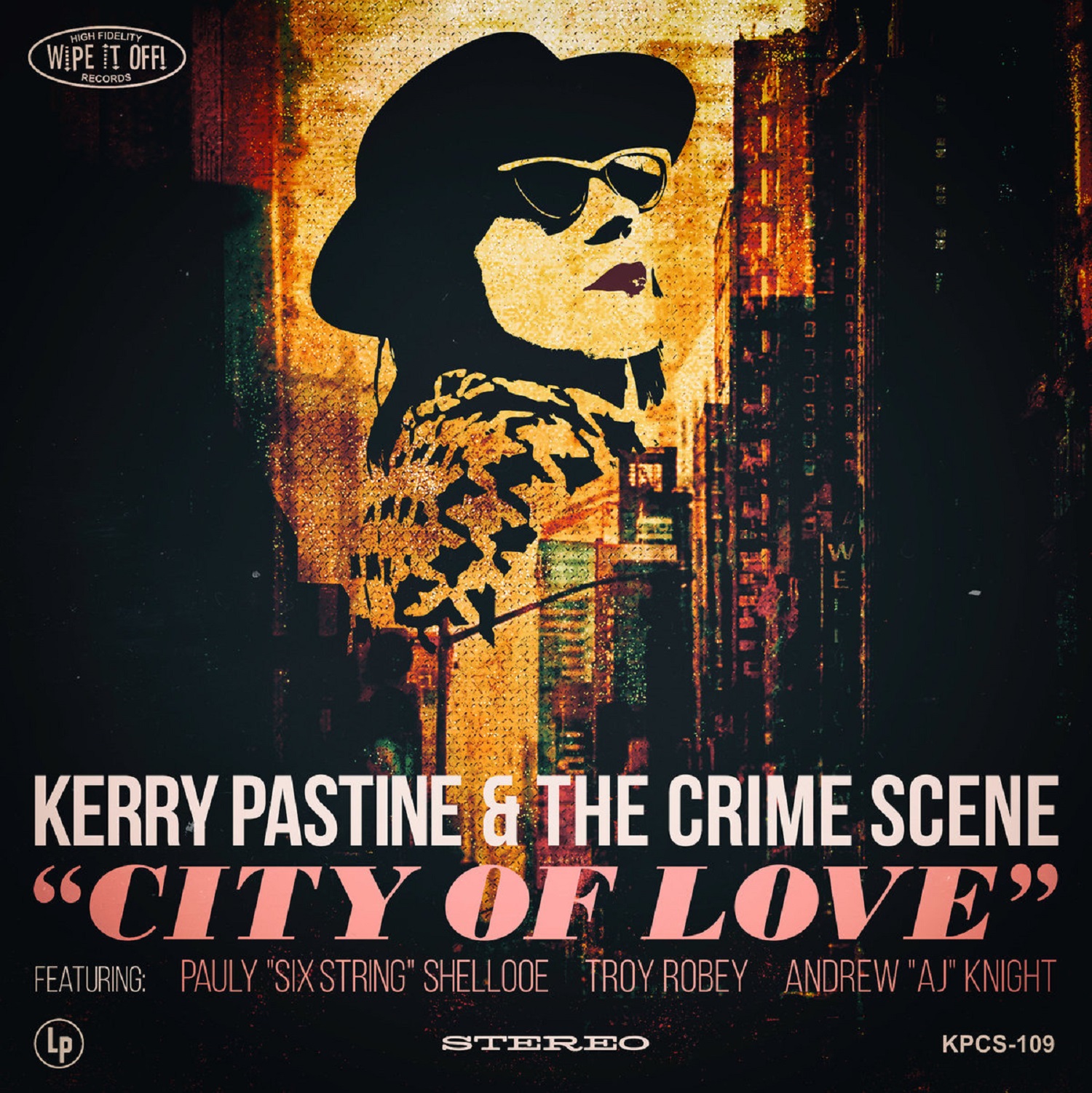 Kerry Pastine and the Crime Scene’s third album release City of Love promises to be their defining moment to date. The Denver, Colorado native and her band mates built the two previous releases around a rockabilly blues hybrid sound earning raves in the process and established a reputation as a lively concert act more than capable of building on the energy they capture in the studio in front of enthusiastic fans. Her primary collaborator on this musical journey, husband and guitarist Paul Shellooe, understands how to frame Pastine’s lights out vocal prowess while never forgetting to give her substantive material to work with. Multi-instrumentalist and songwriting partner Mark Richardson, a longtime Pastine collaborator dating back to her tenure with previous band The Informants, contributes much to the release as well. “City of Love” is an excellent first single and a harbinger of the greatness likely contained within the release as a whole.

I like the video they released in conjunction with the song a great deal. It is part location filming and performance clip, nothing too revolutionary, but the visual sense informing the promotional video is far more developed than many similar music video efforts you’ll see today. It definitely gives some sense of the joy they inspire in audiences as well as the energy they bring to their live performances and, until Pastine and the band embark on national tours, it may have to suffice for those unable to buy a ticket and see them in person. The band’s studio performance of this song, however, has all of the necessary attributes that a great live track demands to be successful.

It will prove to translate easy to stage. “City of Love”, at its heart, is a simple song. There is no extensive soloing or intricate sections embedded into the arrangement. Instead, Pastine and the Crime Scene strip the composition down to its essence and fix their attention on establishing a tight interplay between the individual musicians and the singer. In the hands of a lesser talent, “City of Love” would sound like a solo vehicle with band trappings, but there’s never any doubt for me when I hear this song that Pastine and the Crime Scene are on the same page rather than engaging in some artistic tug of war.

Her vocals are the highlight for me – and will be for many. She has pipes capable of peeling paint, but you never get any sense of her indiscriminately employing her vocal firepower. She intuitively understands when to press the issue as a singer and when to retreat – this knowledge gives the track even more impact than it might otherwise possess. It’s my first experience delving deep into this singer and band’s work, but I’ll keep coming back. In an era when articles are written about how modern music is scientifically proven to cover narrower and narrower ground than ever, we need singers and players like Kerry Pastine and the Crime Scene to remind us of what music can do.  “City of Love” does a fantastic job helping us to recall music’s unique power to transform and elevate the human spirit.