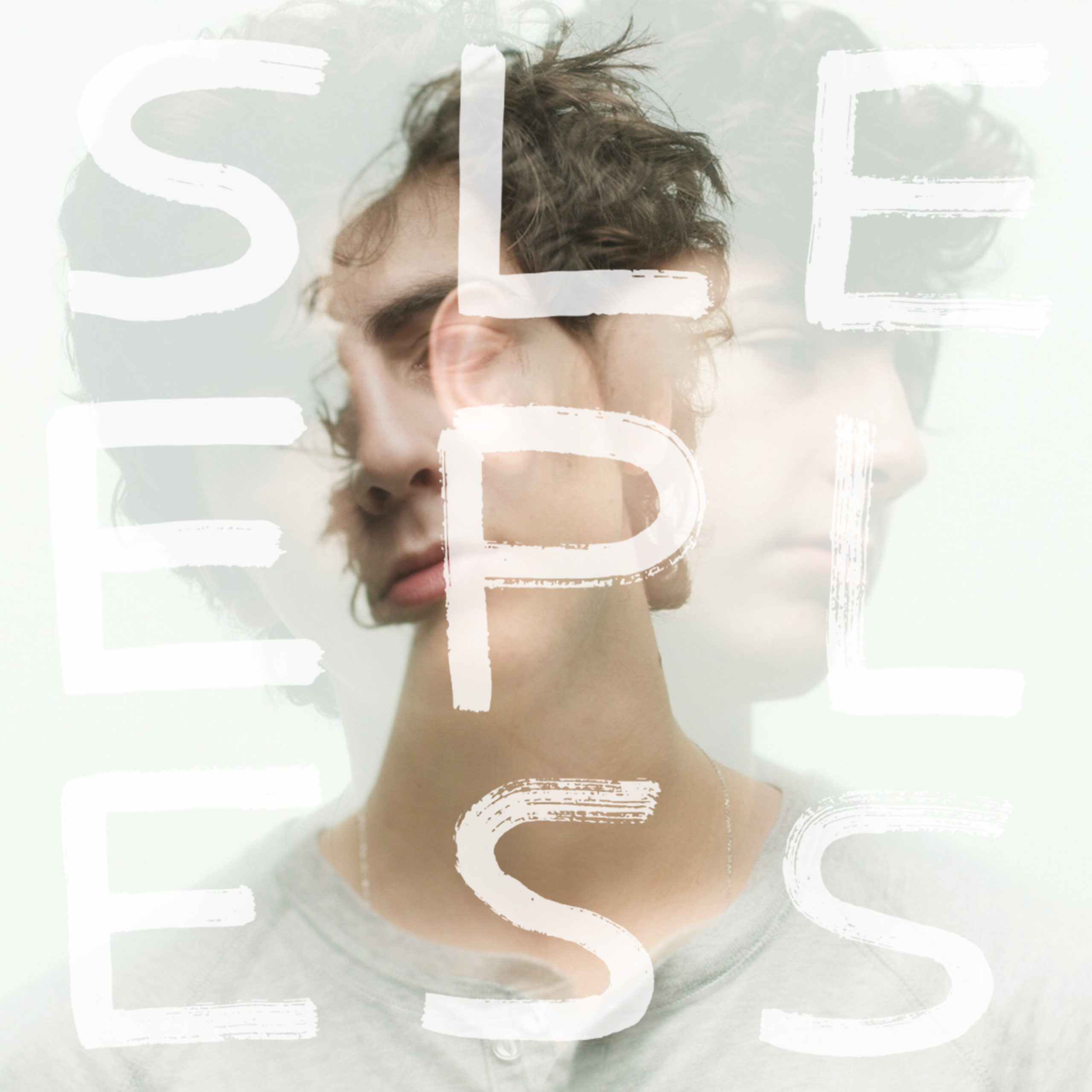 In a gust of a verse that will set the tone for all of the kaleidoscopic harmonies soon to follow, Chris Mardini begins our journey into his heart amidst the opening bars of “Sleepless,” his third single currently out everywhere that quality independent pop is sold and streamed. There’s a bit of melancholy in his voice, but it’s nowhere near as strong as the optimism that drives the words cascading from his lips in this moment. Roughly thirty seconds sit between the first appearance of Mardini’s vocal and that of the percussion, but while this introduction is short and sweet, it’s more than powerful enough to put the entire audience in a state of tension that will find release later on in the song.

The drums come to life seemingly out of nowhere, ushering in a wave of guitar and bass lumbering that contradicts the pace of the verse altogether. Mardini is unfazed, unbothered by the contrasting tones coming together and evaporating before us in real time; there is only his voice and the instrumentation that pushes it forward through the stereo one gentle nudge at a time. Suddenly the percussion disappears once more, and the vocal hangs in the air above us as if to peer down at the world from the night sky, casting a judgmental stare over anything and everything below. We know there’s a climax around the corner, but waiting for it to come down on us is like counting down the final moments before a fireworks show is set to begin.

It’s too often said that a good pop song has to have a really good hook to seal the deal with listeners, but this narrative can be justifiably applied to “Sleepless.” When everything finally does culminate in a single incendiary descent into guitar fuzz and droning harmonization, we’re powerless to stop any urges to swing with the rhythm of the strings, the crash of the drums and the bludgeoning of the bassline. Chris Mardini is there in the eye of the storm, commanding our attention even when the music in the background is raging harder than the Atlantic in the late summer season. If anyone doubted his ability to rock a power ballad before now, they’re going to be changing their tune after hearing this track – for it just might be the best alternative pop song I’ve heard in a long time.

“Sleepless” concludes with one last instrumental plea from the guitar, branding us with an imprint of emotionality first presented to us in the lyrics and made too relatable for us to ignore as this final melodic ribbonry fades to black. I hadn’t listened to Chris Mardini’s music before now, and though I was told to have certain expectations coming into this review of his new single (which is also available in a striking music video as well), I didn’t anticipate hearing something quite as spellbinding as this. It’s hardly a perfect pop single, but for a relative rookie still getting his footing in the biz, it’s a five-star release listeners need to take note of.