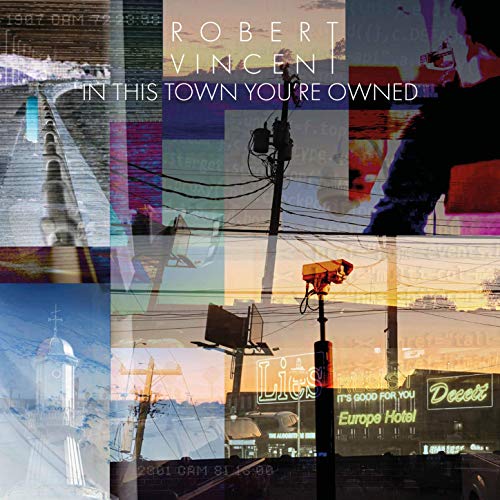 Flaunting the wide reach of Americana in 2020, the latest, next best shot at growing the genre into a much deservedly wider following is based in Liverpool. On his third album, Robert Vincent puts forth a collection of songs that would make Guy Clark proud.

Thankfully ignoring the advice that musicians should avoid politics, In This Town Your Owned is 10 deeply personal songs reacting to everything from the state of global chaos to spirituality. The highlight is “Kids Don’t Dig God Anymore.” While not taking sides on the religious debate, it’s a beautiful, almost mournful observation about a generation that no longer holds faith or feels a sense of spirituality to get them through the dark times. Thanks to painfully honest lyrics and Vincent’s hauntingly vulnerable vocals, it’s a hymn that even an atheist can sing along to.

Elsewhere, the opening track, “This Town,” is just as earnest and powerful and the seemingly out of character “My Neighbours Ghost,” an up-tempo singalong, is a pleasant surprise. There are moments in the middle of the record where it drags a bit due to sparseness, and a couple more upbeat songs like “My Neighbours Ghost” would round the record out nicely.

Regardless, In This Town You’re Owned is a near perfect modern marriage of folk, country and personal politics.