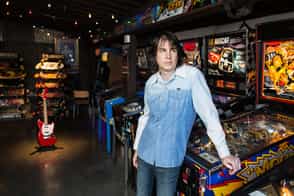 Pay Dirt has Pennan Brae create some angular, bouncy rock that ties together a wide swath of rock performers from Nine Inch Nails to Queens of the Stone Age. There’s a passion and charisma that is presented here during “Pay Dirt” that will have fans falling all over themselves. The inclusion of a 1960s-tinged guitar provides further complexity to the composition, while Brae’s stripped-down and straight-forward approach to music ensures that the song’s melodies are tattooed quite deeply into the minds and hearts of listeners. The bit of an instrumental interlude that joins together the two halves of Pay Dirt does tons to keep listeners as jazzed for the second half of the single as they were during the onset.