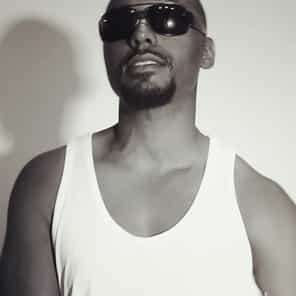 A vocal, good or bad, is inevitably what defines a rap track more than anything else does, and this is especially true of a fierce number like Rich Lindo’s new single “Jungle.” Lindo doesn’t hide behind any sonic smokescreens in “Jungle;” he comes out swinging hard with a melodic intro that bleeds into the instrumentation rather seamlessly. His epic rapping doesn’t hit us until we get deeper into the track, but once he’s off and running, there’s no slowing his momentum for anything. The summer of 2020 has been all about collaborations, but this Canadian import could be one of the first noteworthy solo offerings I’ve reviewed from an indie player.

The beat is unassumingly tense and menacing in “Jungle,” but it never becomes so spellbinding that we lose focus of the bread and butter of the song – Lindo’s handiwork with the microphone. I particularly like the way he uses the atmospheric nature of the rhythm to illustrate his own emotionality in the lyrics; rather than focusing on his delivery exclusively, he’s paying mind to the flow of the instrumentation and incorporating its movement into the narrative presented by his verses. That’s smart pop composing no matter what the style in question happens to be.

There’s a ton of pressure coming off of the bassline in this track, but much as he does with the beat, Rich Lindo doesn’t neglect the opportunity to use this element of the music as a tool through which he can communicate further feelings of frustration. If I had to guess, I would say that he was probably listening to a lot of ambient trip-hop and surreal hip-hop prior to developing the concept for this single – after all, why else would he apply as cerebral a finish to its aesthetic as he did?

The video for “Jungle” has a retro DIY feel in a couple key spots, but I would stop well short of describing it as any sort of a throwback. Its subject matter is the epitome of relevance, bringing us into the flashpoint of the Black Lives Matter movement amidst postmodern shots that feel inspirational and motivating in every way that actually counts for something. This is authentic indie content in an era that’s been dominated by posers of all kinds, and for the war we’re in at the moment, it couldn’t be arriving at a more appropriate time.

Rich Lindo simply has no time for recycling elements of someone else’s creativity in his music; in his latest single and its unforgettable video, he flexes a lot of muscle behind the mic, but more importantly, he gives us a piece of himself through his artistry. I’m interested in seeing where he goes from here, but regardless of what he tackles in his next release, I think he’s going to gain a lot more ground south of the Canadian-American border with “Jungle.” It’s a tough act for his competitors to follow, and I don’t think I’ll be the only one saying so by the time this summer is over.