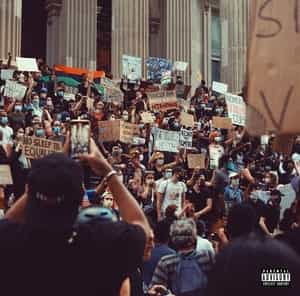 On Enough, Robert Eberle is able to craft an effort that skillfully blends together pop and EDM in a fashion that brings considerable gravitas. The vocal / instrumental dynamic pushes each side to a higher plateau. The synth and sequenced beat provides Robert with a robust backdrop upon which he can emote, while the shifts in tempo keep fans firmly locked on the edges of their seats. Don Da Menace’s contributions to the second half of Enough allow the track to plumb new depths in heady social context.The song has enough going on that it will continue to stay relevant to fans even five or ten plays in.