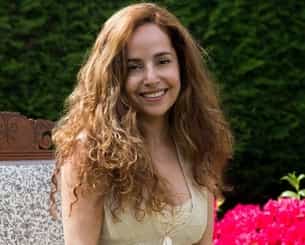 Sometimes the smallest things can have the biggest impact. Located on the historic tip of Lulu Island in British Columbia, the village of Steveston is a suburb of Richmond, Vancouver. Known for its scenic views and salmon, it’s also home to singer/songwriter, Jasmine Bharucha. The impressionable town is just one of the charms to Bharucha’s song “Fog Horn Blowing”. Joyful and having a catching chorus, “Fog Horn Blowing” rolls-in like the warm tide.

A music bedrock with ringlets of guitars and steady rhythmic percussion lifts Bharucha’s angelic voice. The guitars (both acoustic and electric) only steal the spotlight a few times, otherwise it’s all Bharucha’s vocals. Buried within the threading of her voice is a slight bluesy tone, a deeper hue. It’s very faint. When she sings “Fog Horn Blowing” she has a more mature nature. It’s as if she has lived in this town for some time and can’t wait to share all of its glory with anyone that she encounters. She’s not quite the town crier, so to speak, but she really paints a lovely setting with the town itself. Thursday night – it’s time to come on down to the water. You bring the song, and I’ll sing it right, she sings. With the word ‘fog’ in its title, you might wonder if the music bed has murky or hazy sounds. Far from it. It’s clear and crisp, well, it’s like Clearly Canadian with a little soda water. It’s has just the right amount of bubble.

When she sings the chorus (she sails down the water in the pale moon light, there’s a fog horn blowing), it’s an overwhelming sense of love. It reminds me a lot of the song “Fishin’ In The Dark” from the Nitty Gritty Dirt Band, but not as country. “Fog Horn Blowing” has a soft rock vibe. Bharucha just carries the listener on her wings, as if it’s a bird’s eye view of the village. If this were a movie, it would definitely be a Hallmark Christmas movie. “Fog Horn Blowing” is the musical postcard one just needs to listen to and be swept away into this quaint Canadian border town. It’s the perfect song to have playing in the background during a weekend getaway, or that first song to remind you of the beautiful morning that awaits you. Waking up to Bharucha’s voice is never a bad thing. She’s almost like a Disney princess in her delivery. Or as Mary Poppins would say ‘perfectly pleasant in every way.’

Bharucha previously released “All Alone Now” in 1991. At the time she was living in India, and became the first singer from that country to ever to appear on MTV Asia. Many years may have passed, but the talent and the passion for singing is still captured in her new song. She’s real. There is not autotune or muddied electronica to distract from her voice. “Fog Horn Blowing” signals the start of hopefully something new for Bharucha. She’s certainly earned her way back to the recording industry with this winner.

The music of Jasmine Bharucha has been heard all over the world in partnership with the radio plugging services offered by Musik and Film Radio Promotions Division.  Learn more https://musikandfilm.com