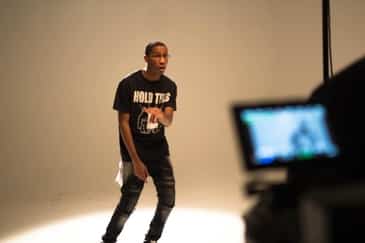 In an era of amalgamated genres, it’s rare to find something so sheer, and indisputable, as to be unitarily defined. But such as the case with Conceptz’ “Drippin And Drownin,” which is nothing short of the purest evolution of Hip Hop, and unabashed in that designation. Brothers, HighRowGlyphFix and Short Fuze comprise the duo known as Conceptz. Over the last 9 years, they have steadily ascended in the industry, somehow seeming to outperform their preceding effort with each outing. Their new single does nothing to compromise that streak.

Formed in 2012, in Orange County, NY, Conceptz has overachieved in their near decade, together. Yet, they are still not a household name. Their eventual breakout seems like an inevitability, as once you hear their work, you realize that we are dealing with extremely rare and novel talent. Their music has been used by virtually every major sports franchise, as well as being featured on major networks, such as BET. They’ve collaborated with names, such as Rick Ross, and they seem just one happenstance away from becoming one of the biggest names in Hip Hop.

Conceptz is unique in that HighRowGlyphFix is the featured emcee, and Short Fuze handles the production and compositional aspects. HighRowGlyphFix is Busta Rhymes like in his cadence, sans the gravelly and animated style. You simply have to hear his speed and jocularity to believe it. He has sporadic and interspersed sections of absolutely mind blowing diatribes. You are left spent and dizzy in the best way, possible, as you wonder where this guy came from.

“Drippin and Drownin” is something of a counter approach for Conceptz. HighRowGlyphFix his usual high speed self, slowing things down at allotted points, such as the chorus. Fuze, on the other hand, scales the beat back a bit, and uses what almost sounds like a theremin as the primary soundscape for the song. Conceptz generally employs a minimalist approach, yet there is so much to absorb. You can feel as if you’re listening to the Hip Hop equivalent of Joy Division.

I’m different/it’s a dichotomy. If you check out Conceptz, you’ll note that they use dreary color schemes for their videos and promotional material. It could be a simple aesthetic decision, or it could be some sort of symbolism, indicating their dystopic viewpoint of a world that has lost the plot. It continues to come across as if Conceptz has yet to get as serious and deep as they are capable of, or intend to. It’s these types of artists, that you can tell are going to grow more bold and experimental over time, without losing a broader perspective in the process.

“Drippin And Drownin” is one of the most buzzworthy tracks in the genre, at the moment. Conceptz is showing a rare combination of confidence and focus, that can produce astounding results. They continue to set a higher bar for themselves, and time and time, again, they exceed it. This is the epitome of Hip Hop music, as it is raw and serious, but not without style and contortion. What a novel concept.