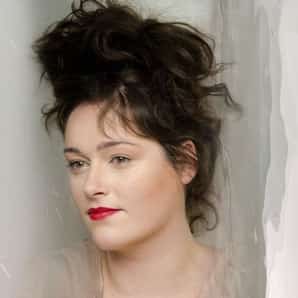 Few artists can lay claim to a path, as mercurial as Dova Lewis. From her upbringing in the suburbs of Montreal, to a life changing excursion in the Isles Of Hawaii, and then the dream factory in Los Angeles, Dova is rich with experience. Her journey has brought her full circle, back to her city of origin, in Montreal. Her latest offering is a 4 Song, self-titled EP. The first single, “Dreamer,” is a brilliant example of the eclectic style that Dova brings to the modern musical landscape.

Reportedly, Lewis formed her first project, an alternative duo, at the age of 14, after receiving her first guitar from her father. She immediately began writing her own songs, thus beginning her musical odyssey. She later began dabbling her filmmaking , which likely influenced her visual approach to composing. Sadly, she lost her father shortly after her first television appearance, which would lead to her decision to move to the Hawaiian Islands. Great art, is driven by incredible stories, and Dova’s story is as powerful and moving, as we have ever heard.

Her new single “Dreamer” is one of the most uniquely composed I have heard in some time. In some ways, it’s the tale of two songs, as Dova somehow merges two vastly powerful energies into one piece. Likely due to her history in film, she is a highly illustrative artist, who takes any preexisting formulas, and contorts them into something stunningly original. An accomplished pianist, Dova establishes an emotive atmosphere of gentility, before taking a sudden and thrilling left turn. She exhibits a songwriting prowess that is typically associated with some of the most iconoclastic composers in modern music history.

Some have compared Dova Lewis to artists such as Florence Welch, which is somewhat accurate. However, Dova has a rawness and an edge that is unpolished in the most perfect way. Her voice has the potential to make her a mainstream powerhouse, but she houses this Aquarian like uniqueness that quite frankly only enhances her credibility. Her lyrics on “Dreamer,” are at times starkly audible, and at others a delicate sonnet. At no point, is she not completely in control of the direction of the song, yet she renders herself vulnerable at the appropriate moments.

There is an eye popping video to “Dreamer” that takes the song into an entirely new stratosphere. We see a forest, under darkness, and a colorfully garbed dancer, intensely moving in time with the chorus section of the song. It is nothing short of visually stunning, and on par with some of the finest camera work, you will see in such a setting. Interspersed are blurred images of Lewis, that denote a dream like quality. The video perfectly complements the song to such an extent that they become somewhat mutually exclusive.

Dova Lewis is unquestionably a fascinating figure. She’s cultured and well-traveled, and her music, benefits as a result. She’s one of the artists that you are surprised to find is still relatively undiscovered. However, with the release of “Dreamer,” and the self-titled EP, that may all be about to change. Dova Lewis dreamed a dream, and we all may soon be living in it.