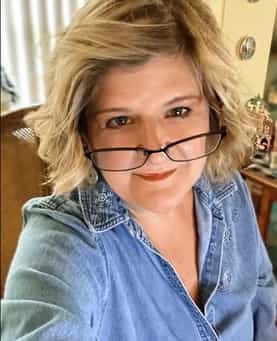 Mary Kay LaBrie’s name conjures visions of a kind and benevolent sitcom writer and, indeed, she’s cut a successful swath through the sitcom world of the long ago 1990s. LaBrie and a number of her friends worked together on spec scripts for a variety of sitcoms and weeded their way through the production slush pile to pen episodes for marquee network sitcoms such as Wings and the Candice Bergin-starring vehicle Murphy Brown.

It is a fairly auspicious move for someone with a now over two-decades-long and counting career in the field of leadership and staff development with a particular focus on personality theory and human behavior. It’s difficult to imagine a better profession for someone also pursuing a writing career. The confluence of these separate disciplines has never stilted her writing in such a way where she over-examines her characters but, instead, infuses it with a level of nuance missing from the work of many contemporaries.

It isn’t difficult imagining it fueling the murder mystery/comedic dynamics of her miniseries project The Monongahela Mysteries. There are dramatic elements interlaced into the four episodes of this work, but it certainly provides LaBrie with an effective platform for her skills. Another recent project that’s received promising coverage is her romantic comedy The Jealousy Test – it illustrates, once again, the same unusually deep understanding of human motivations that help form the heart of her screenplay work.

It even factors into her work as a culinary blogger as well. LaBrie’s tight grasp on the intimate relationship we have with food informs her recipes and growing body of writing on culinary subjects. Her reception has been widespread. Chef Tony Lagana invited her to contribute recipes and write for Menu Innovator, an influential online publication for chefs and the Spicelopedia company recognized her growing reach as well as utilizing her as a paid spokesperson for their spice line and solicited unique recipes for their company.

Her culinary efforts have won her high placing in the World Food Championships as well as placing recipes in wildly popular magazines and cookbooks such as Country Woman and Taste of Home. This sort of wide-ranging approach to her imaginative life sets her every bit as much apart from the pack as her innate skills and the fact she’s found significant success in two very different fields testifies to her unending curiosity.

She’s not some bland, faceless craftsman dutifully churning out scripts destined for nowhere. Mary Kay LaBrie, instead, writes about real flesh and blood people in humorous or even poignant situations with the sort of wide-open honesty and sensitivity to life that few others possess. The aforementioned gives you just a taste of what she’s been doing over the past several years; COVID didn’t stop her, the slings and arrows of Hollywood fortune hasn’t turned her sour, and she’s accomplished so much more than we explore here. Her door is wide open, however. Don’t be afraid or uncertain about stepping through. There’s a wild and wooly world on the other side certain to entertain all but the hardest of hearts.