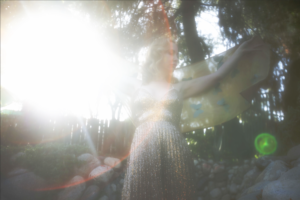 Psychedelic themes became a prominent part of Leland and the Silver Wells’ sound with the release of their third studio album back in 2018, and through their new LP Straight to Your Town, they’re expanding on these themes in a manner that might surprise a lot of their listeners and critics the same. With songs like “The Blue Sea” and “What Comes Around,” they abandon the old school psych-rock model for something a bit more fluid and vocal-centric, allowing for a more poetic sensibility to take the place of surface-level indulgences that only served this band’s sound so much.

What I loved about the ambitiousness of the self-titled album Leland and the Silver Wells made was its cleverly arranged tracklist, and I think this is something we find yet again in Straight to Your Town, although it feels a lot less conceptual by nature. There was more of a retro stylization to a lot of the music in previous efforts than there is here, which implies a comfortability with getting personal that I don’t believe was as present and obvious in this group’s delivery as it is here. They’ve got nothing to conceal their intentions with, and this is undisputedly a very forward-thinking effort.

“Take It Down the Line,” “Sweet Misery,” and “Stay in Your Lane” demonstrate a communicative attitude that I wish I could hear a little more often in the American underground these days, and it’s not sourced from lyrical output exclusively. On the contrary, Leland and the Silver Wells are doing a lot to combat mundanity through consistently colorful arrangements in this record, each of which feels just a bit too complicated for much of the competition to try and replicate, regardless of their individual capabilities. Straight to Your Town sits on an island, yet its isolated statements are never bathed in self-righteousness nor emotional insularity.

The harmonies that bewitch us within moments of their first appearance in “Won’t Be Long,” “A Drink,” “Love is Blind,” and the absolutely elegant “Story of Love” contain a lot more punch than any cosmetic element could carry on its own, and never does it feel like this band is experimenting with melodic depth solely to make a hook a little sharper for mass appeal. This is a group that actually has something to say, and the impressive parameters of these stylish new songs back up this narrative and then some.

Straight to Your Town is at once everything I had hoped the latest album from this group would sound like and far better than I was initially expecting it would be, which leaves me wondering just how big a critical impact this work is going to have in comparison to Leland and the Silver Wells’ preceding three LPs. Unlike 2005’s Forever or The Golden West, this band’s entire persona sounds and feels more complete, even from a distance, but I also think it’s clear we aren’t looking at a group of musicians who are done evolving alongside a style they’ve definitely made their own. Kim Muncie