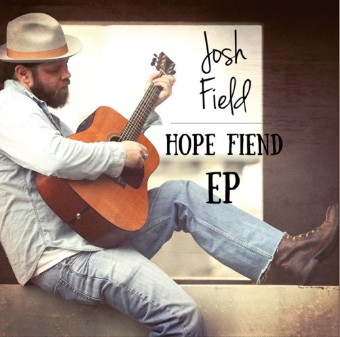 Josh Fiend immediately brings together a number of distinct approaches with the first song on his new EP. The Last Time unites traditional country music, a bit of blues, and a whole heck of a lot of the singer-songwriter style. The inimitable vocal tack that Field takes here has a bit of the grittiness of a Waylon Jennings or John Mellencamp. The production of The Last Time ensures that the narrative that Field crafts here is as crisp and as clear as if you were in the same room as him, while giving the guitars and drums all the space they need to establish a harmony that will stick with fans long after the song ceases to play.

Shine On is a bit of a slower track than The Last Time, placing a spotlight on Field’s vox. Listeners will be hanging on each and every word that Josh places here, while the bit of vocal accompaniment that occurs at the chorus gives the resulting track that much more oomph. There’s a good amount of 1970s rock here, down to the wonderful keys that enter into the mix about halfway in. We were surprised at the amount of material Josh incorporates into the narrative that drives this single, but even more so considering his steady hand in ensuring everything works out.

The two tracks on Hope Fiend – The Last Time and Shine On – are taken from Field’s upcoming full-length album As The Wind Blows (due out in September of this year). Together, the pair of songs combine to showcase a good collection of influences and styles, stoking listeners’ interest in the performer. We’ll be playing these two cuts well into the fall here at NeuFutur Magazine. Take a listen to these tracks and let us know which of the two that you like the most.

Top Tracks: The Last Time and Shine On