“Eat the Bugs” by The refusers 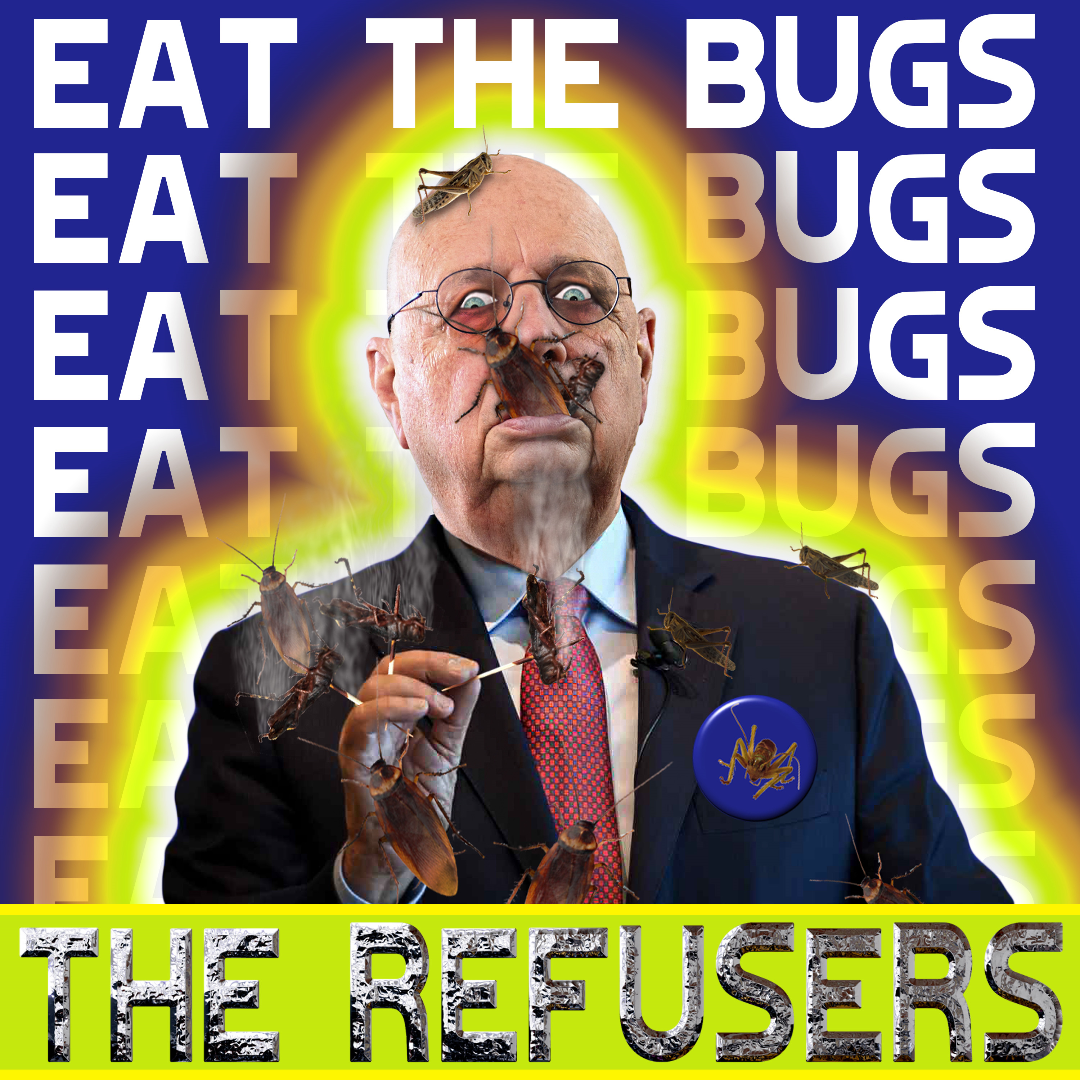 The Refusers are a Seattle based five piece who’ve been around for a while writing and releasing angsty, entertaining, and guitar-driven diatribes. It is the sort of browbeating you get from many humorless clods masquerading as bands or songwriters – witness the title of their latest single “Eat the Bugs”. It is the sort of songwriting that no one else would do but these guys, tailored to the audience they’ve built so far, but also unabashedly announcing their presence to anyone who cares to listen.

There’s a lot to grab listeners here. Songwriter and guitarist Michael Belkin won’t make you think Malmsteen, but he has a distinctive bite that takes a chunk out of you early. It is simple chug chug riffing on a superficial listen discerning listeners will get into the swing that’s clearly going on as well. Brendan Hill’s drums accentuate that feel naturally and the communication between him and Belkin’s guitar is the song’s primary musical thrust.

It’s punk rock, in a way, and shock rock with an agenda in another. Belkin’s vocals during this song may remind some older listeners of Alice Cooper. He enunciates with twisted relish, dramatic and even a little over the top, but it isn’t the kind of over the top buffoonery reducing the band’s music to a cartoon level. It’s theatre, but not quite absurd.

There’s a verifiable interpretation of reality behind this. We live in a world where many pulling the levers of power are perfectly capable of one day dictating to the world that insects are what’s for dinner. This Dystopian vision of tomorrow isn’t a drag to listen to, however, but it isn’t particularly nice. Belkin’s delivery mitigates a lot of that, it fills the song with demented glee that rises and falls over the course of its running time.

Belkin and his band mates never drag the song out. There is a nice guitar solo, however, in the song’s second half that further elevates the track. Some listeners may say the mid-tempo pace of the song disqualifies from punk rock and instead pulls it into more conventional territory, but it’s subjective. It’s the spirit of the thing for most, however, and it’s punk to the core measured by those standards.

Slap any label you like on it, though, and it’s still coming out the same in the end – how does it make the listener feel? What does it make them think? The first question is the most important, however, and there are skewed comedic imaginations steeped in metal, hard rock, and punk guiding the song. If you are sympathetic with that vision, you’ll be in some kind of heaven.

Others might finish this tune feeling like it’s a little too showy and put-on. The final verdict, however, for me is that The Refusers have a dark take on the world that they match with the right music. Michael Belkin’s molasses guitar snarl has a surprising bluesy tilt, even, that may catch some off-guard. The Refusers’ “Eat the Bugs” marches all over the polite listener’s sense of decorum unlike anything I’ve heard this year.  Kim Muncie