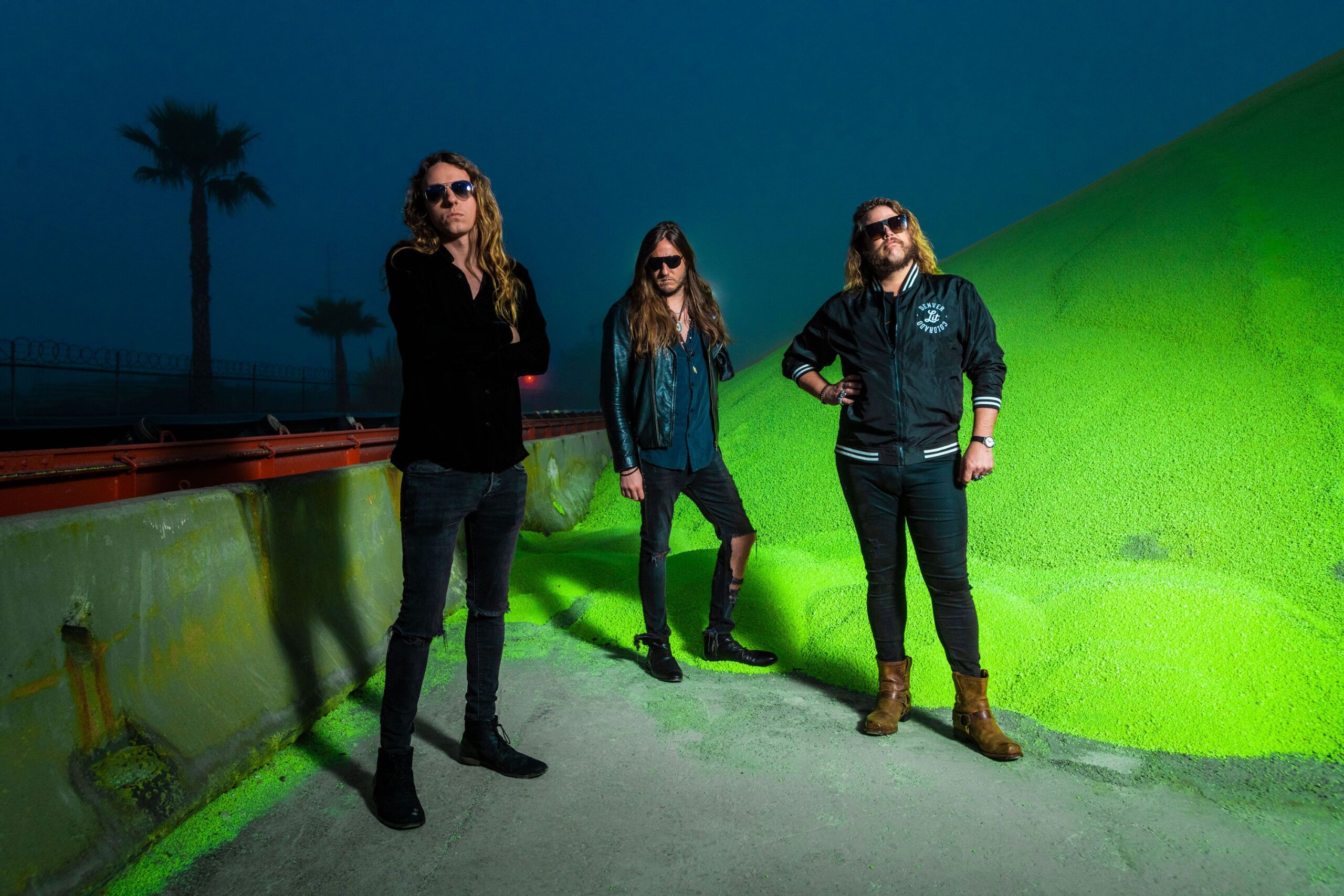 Of Limbo/Big Panda Records. Long Beach, CA Rockers Of Limbo have released a raucous & fun new track and video, ‘Let’s Go’.  Known for high energy, on the brink of out-of-control live shows, they create an electric atmosphere that is infectious – making it impossible not to have a good time. The band is racing forward and ready to move to another level with their career.

Of Limbo says “The song started with the riff and everything just fell into place around that. “Let’s Go” just felt like the right sentiment for the energy of that riff. Then lyrically it’s, “What is a song called ‘Let’s Go’ about?” It’s about saying Fuck It and leaping before you look, rather than waiting around for this or that excuse you have created for your inaction. It’s also that the safe option is always to stay with what you know. But getting out of your comfort zone is even if it’s scary or harder at first is ultimately much more rewarding. Just go for it and make things happen!”

The ‘Let’s Go’ video was filmed at Baur Films Studio in Long Beach, CA – Directed by Tony Vercelli. They continue “Luke came up with the initial idea to shoot a video in what we call “the Metallicar”, our beat up 2013 Hyundai hatchback that we use to fart us across Long Beach when we aren’t touring. We were just going to put a 360 videocam up in the middle of the car and decided to just drive around being crazy. From there, the idea took on a life of its own and Jake made an Animatic/Story board that took it to another level. When we realized how much cooler hanging upside down and riding on the roof and shit like that would be, we knew the only option would be to shoot it on green screen. Our friend Juan and his son from Arts Break service, who tend to our tour vans mechanical needs, came down to the studio and jacked the car up so we could simulate the wheels spinning and overall supervise that we weren’t gonna do anything stupid…  Well, anything too stupid!  We knew it wasn’t going to end up looking like some Disney/Marvel quality shit. But that almost gives it more charm, honestly. Makes it feel like vintage B grade movie style from the golden era of American cinema.”

The band has previously released songs that include ‘Happened Again,  ‘Nothing But Now’; ‘Nicotine’; and ‘Fight For Your Right’ (Beastie Boys cover).

Performance wise, Of Limbo pride themselves on making every show a party. They have toured with Wolfmother, Hinder, Candlebox, Buckcherry, Joyous Wolf,andBlue Oyster Cult, among others.

Of Limbo will be playing select live dates in the 4th quarter of 2022, with plans for more new music releases and tour dates starting in early 2023