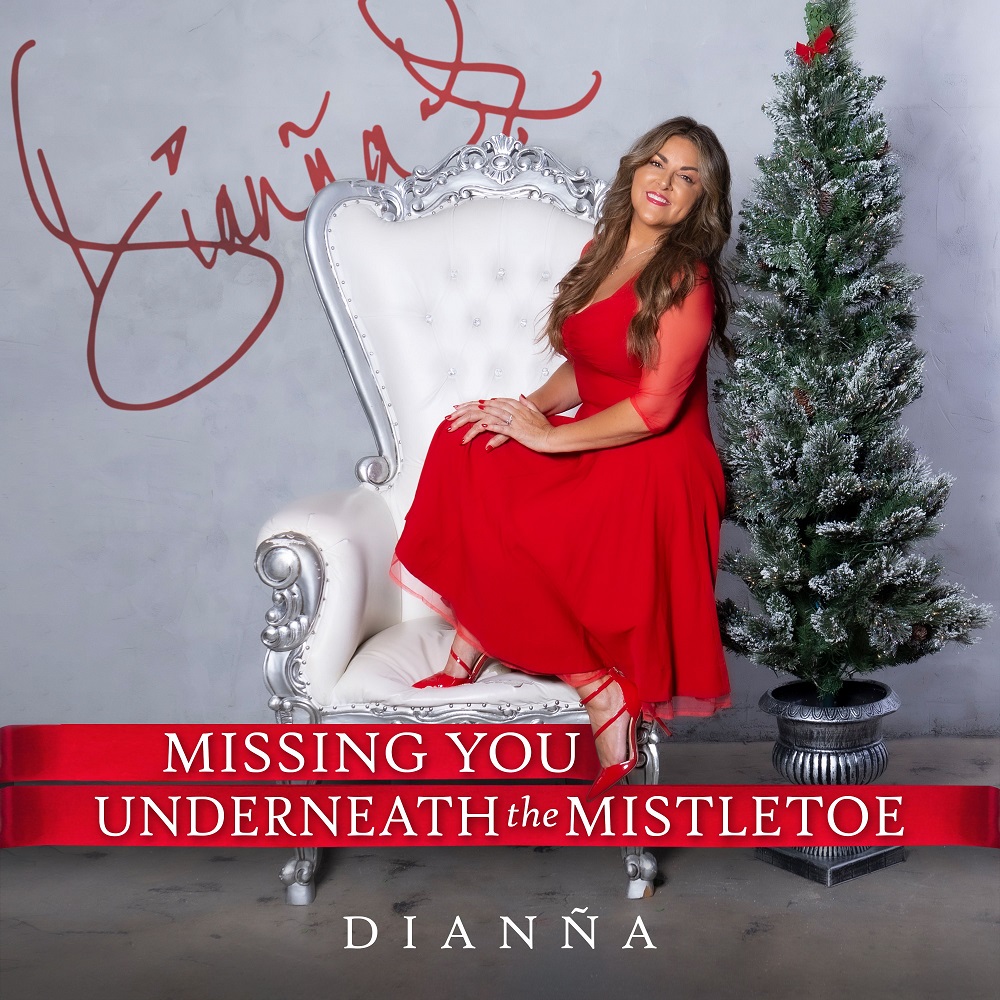 If you are looking for an excellent Christmas song this year, you will not find better than Dianña’s new single “Missing You Underneath the Mistletoe”. This gorgeously rendered, patient, and powerful track doesn’t try grabbing you immediately but, instead, unfolds with simmering yet understated passion throughout. It’s the third single that she has released this year following earlier tracks such as “Hands” and “Calm Down Karen” The track is currently charting on the Adult Contemporary Holiday charts.

However, it still has all the hallmarks of classic Dianña. She has a lush and warm voice that has plenty of power, you can tell, but she wields her gift with immense artistry. There are no ham-fisted theatrics in her voice, no attempt to show off what she can do, but instead a locked-in commitment to putting the song over in the way it deserves. She has a slightly sultry edge to her voice that helps draw listeners into the song’s web but make no mistake that there’s nothing crass about her performance.

The immense stylishness of the performance should appeal to anyone. Dianña’s ability to exhibit such style and balance it with an equal amount of soul helps the song stand apart. The arrangement does as well. Weaving piano around authoritative drumming and other percussion along with a smattering of guitar gives Dianña the foundation she needs to weave her magic, but there’s no doubt that the arrangement can stand on its own as a memorable work of musical art.

The piano playing is spectacular. Some of the runs during the song’s midway point and later practically act as a second singer answering her voice. The combination of the two is stunning and the drumming powerfully punctuates it without ever sounding too heavy-handed. Many listeners will love how the arrangement accentuates the low-key dramatics of the song without ever taking the spotlight away from the vocal.

Many listeners will, likewise, love the video. Fon Davis deserves some sort of award for the eyepopping color filling this clip, but it is never garish. Instead, it leaps out at you and complements Dianñaa as she moves through the set. She looks stunning at every turn and seems to lose herself in the moment without ever sacrificing her focus. The set has been constructed with a lot of detail and looks realistic instead of appearing like it is premeditated.

This mixture of musical and visual excellence along with Dianña’s stunning vocal makes “Missing You Underneath the Mistletoe” must-see and must-see. Anyone who has trepidation about Christmas songs can be reassured that this is much more than your typical Xmas track. It’s a song you can listen to all year long because it is passionate and, really, much more than strictly a song about Christmas. It’s also Dianña’s greatest achievement this year and that’s saying something considering how top-flight her previous singles have been this year. She’ll be back in 2023, without a doubt, and she’ll meet or exceed the high expectations set by this track.