SUTURE: Re-recorded Version of “Carnivorous Urge to Kill” Out Now

Posted on: October 29, 2013 Posted by: James McQuiston Comments: 0
The newly re-recorded version of  “Carnivorous Urge to Kill,” the long out-of-print debut album from Louisiana brutalists SUTURE, is out now on Comatose Music.
Originally released in 2002, the re-recording coincides with renewed interest in the band and a growing interest in the early material. SUTURE recently assembled their original lineup and entered the studio to re-record this entire album, along with a couple bonus tracks from the band’s early years. The new recording of SUTURE’s debut album will allow death metal fans to now fully appreciate these songs and hear them how they were meant to be heard in the first place. The album now features amazing guest guitar solos by James Murphy (DEATH, OBITUARY, DISINCARNATE), Rick Rozz (DEATH, MASSACRE) and Jim Nickles (ex-MALEVOLENT CREATION), plus all new artwork that more closely conveys the imagery that SUTURE originally conceived for this release.
SUTURE recently released a video for album track “Carcinoma Contagion,” shot by Mike Holderbeast & Ritchi Rooster of Cement Level Studios in New Orleans. The video is now playing at this location.
Pick up the album now at www.comatosemusic.com. 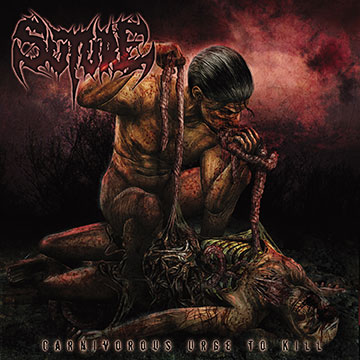 “You cannot get out alive after such a heavy album” – Metal-Temple.com