Hipsters and Baby Boomers rejoice! The latest, vinyl-only singles collection from The Turtles is a brilliant throw back and hopefully the start of a new trend. 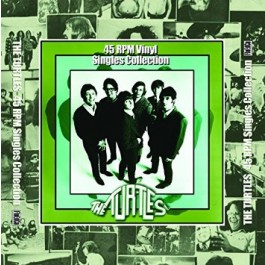 This collection of eight 7” singles culls their biggest hits from the 1960s and puts them out in the format in which they were first released; so their cover of Bob Dylan’s “It Ain’t Me Babe,” comes with the slightly less known “You Don’t Have to Walk in the Rain” and “Happy Together,” their biggest hit, comes with “Grim Reaper of Love” on the flipside.

Among the top 20 hits included here are “Elenore,” “She’d Rather Be With Me” and You Showed Me.” For those not interested in digging into the deep cuts, this singles box set is as close as it comes to a must-own for the novice fan (with a working record player, of course) and a need to have for completists.

Though only around for just five short years, this jangly guitar pop band has gone on to influence everyone from Jellyfish to Big Star.