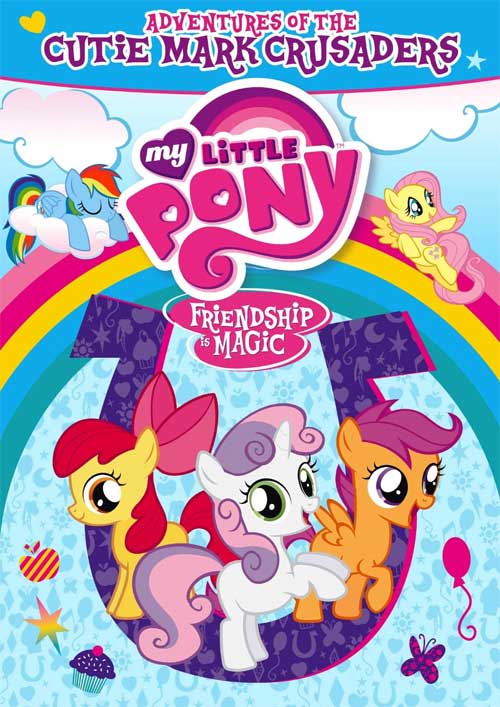 My Little Pony: Friendship is Magic is still an absolute force when it comes to the children’s market, and Shout! Kids has parlayed that fame into a compilation DVD containing five memorable episodes of the show (Twilight Time, The Cutie Pox, Pinkie Pride, The Cutie Mark Chronicles, and Flight to the Finish); these choice episodes are taken from seasons 1, 2, and 4. Of the included episodes, The Cutie Mark Chronicles is perhaps the strongest as it provides a great introduction for those individuals that had not been wholly immersed into the My Little Pony: Friendship is Magic mythos previously. The video quality of these MLP episodes is as sharp as the initial airing, while they are whole episodes (rather than being interspersed with a number of commercials). The audio quality is similarly sharp, meaning that viewers will be able to hear every line of dialogue and utterance no matter whether they are watching on a laptop, a portable DVD player, or in their home. Shout! Kids has further increased the value of the Adventures of the Cutie Mark Crusaders by including some additional features. There are a set of downloadable wallpapers that would look good printed out for a bedroom, while an additional sing-along makes for a more interactive experience than what is typically presented on children’s (or cartoon) DVDs. The Adventures of the Cutie Mark Crusaders DVD is available at a wide variety of online and brick and mortar locations and represents a stop-gap measure until the show begins to air in the second quarter of 2015 (we’ll announce the airing date when we hear about it). Expect to pay around $15 for a copy of Adventures of the Cutie Mark Crusaders.