Celso Salim Band To the End of Time CD Review 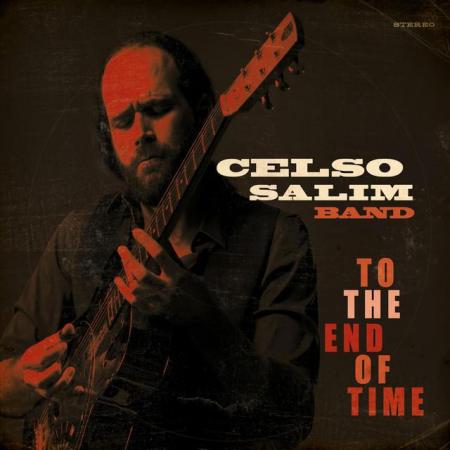 To the End of Time is the latest effort by the Celso Salim Band, and the titular track is a tremendously soulful composition. This introductory element ties together blues, soul, and seventies and eighties pop-rock (Randy Newman, Elton John) into something that is memorable, well-played, and stands up to a number of replays. Leave It To The Moon is a much more traditional blues track, working well in a twenties/thirties paradigm. The inclusion of a tremendously emotive female set of vocals and a responsive guitar line and percussion pushes the track into an entirely higher plateau. The cherry on the top of this composition has to be the brass that kicks up at points, making for a fulfilling and impeccable track.

It’s Just Too Bad has a wizened set of vocals slotting the Celso Salim Band into a late sixties / early seventies sort of sound. The track elicit comparisons to Credence Clearwater Revival and early Lynyrd Skynyrd, linking together roots rock with a down-home Southern sound.

Talk To Me Baby is a raucous composition that brings listeners to an early twentieth-century blues/jazz bar. No vocals are needed to take listeners on a journey, but when they do kick in the effort is taken in a bold new direction. The track dovetails nicely into later tracks like To the End of Time, a suavely-composed effort that both concludes To The End of Time and provides listeners with an idea of where the Celso Salim Band will take listeners on subsequent albums. The talent of each constituent element of the band throughout this album is unparalleled, making for an album that should garner play through the summer and into the fall.

Top Tracks: Leave It To The Moon, Talk To Me Baby