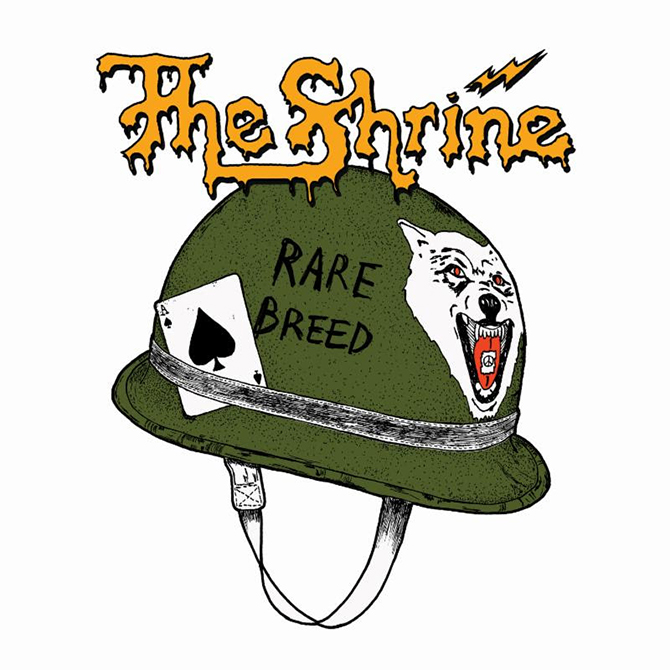 The Shrine have released the video for “Coming Down Quick” from their upcoming Century Media Records debut, Rare Breed. The record will see a release on January 15, 2016 (with extended content) in North America. Produced by Dave Jerden (Alice In Chains’ Dirt, Jane’s Addition’s Nothing’s Shocking, Social Distortion’s self-titled, The Offspring’s Ixnay On The Hombre and Eno/Byrne’s My Life In The Bush of Ghosts); the track was recorded through the very amp that Greg Ginn recorded Black Flag’s Damaged on.

Rare Breed exists in a space that once was was bleeding with razor sharp lines separating punks, metal heads and hippies, where a violent clash in the parking lot of the Cuckoo’s Nest was inevitable.

The album, which has a street date of January 15, 2016 (with extended content) in the US and is out now in the rest of the world, is available for physical pre-order in a variety of packages, including special edition merchandise and music product such as limited edition test pressing vinyl (with individual artwork), a coffin-style skate deck, and even an American GI style hand-painted Rare Breed war helmet. The album can also be pre-ordered from iTunes, Amazon, Google Play, and CM Distro. 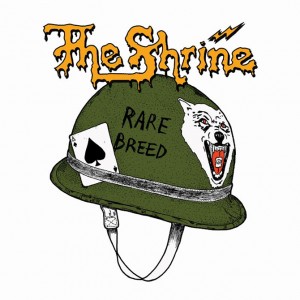 On January 15th in Los Angeles, the band will host “The Rare Breed Experience,” a special record release party flashback trip to another dimension.

The “Coming Down Quick” premiere follows hot on the heels of Noisey’s “Death To Invaders” video premiere, marking another notch in a banner year for the Shrine that has seen brands like Converse (who commissioned Landau to create a custom shoe) and Marshall Headphones hand-pick the group to become featured artists.

Over the course of their last two records, 2012’s Primitive Blast and 2014’s Bless Off, (both released on Tee Pee Records), The Shrine has captured the hearts and minds of hardcores, heshers, and skaters alike. After spending the better part of the last two years riding hot rails from hell around the U.S., Australia, Japan, and Europe (including a trip to Russia), The Shrine have found a kindred soul in producer Dave Jerden. He stumbled into Timewarp Guitar Shop on Venice Blvd., where The Shrine performed their debut show at in 2009 and heard their record playing. They quickly shared a mutual obsession over Captain Beyond, The Pretty Things, and The Battle Raven & Nightmare Queen, and the group began to write and rehearse with that in mind. The results are pure California Jam ’74 meets Suicidal skate rock being force-fed the brown acid by Charles Manson.

Fresh off of headlining tours of Japan and Australia, a stint on Motörhead’s Motörboat Cruise and an epic 16-city trek with Clutch and Corrosion of Conformity, the group is now in Europe with Kadavar and Horisont.