Setting down with DownTown Mystic 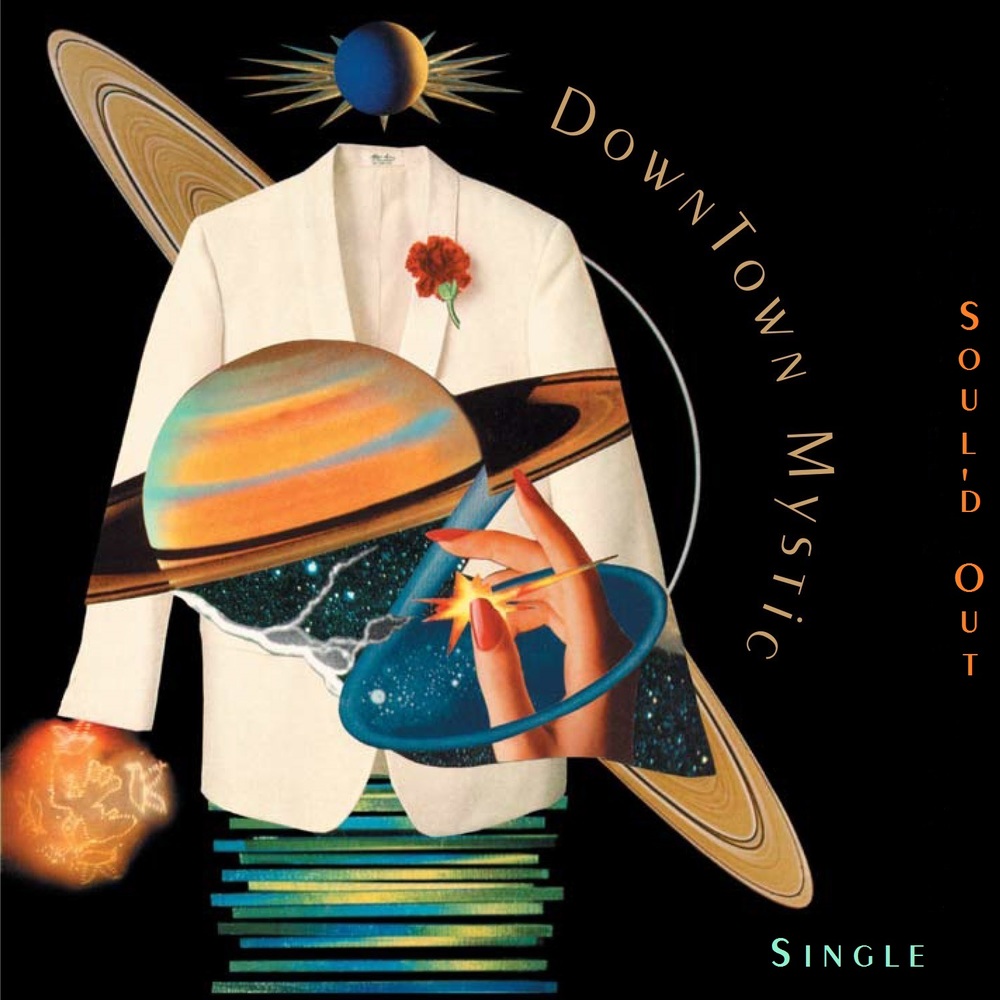 We’ve been lucky enough to interview DownTown Mystic in April of last year. In the 18 (or so) months since then, what has changed for DownTown Mystic? There’s been a lot going on. We’ve recorded a new project called Rock’n’Roll Romantic and I decided to take on social media as a full time job to start promoting it. And when I say full time job, I’m not kidding. I can understand why it’s easier to hire people who do this for a living. But I wanted to be hands on and try it for myself. As an artist it doesn’t make a whole lot of sense to just release a full album. Why throw 10-12 songs out there all at once?  Before I release the full Rock’n’Roll Romantic album, I want to build up to the release.

So I’ve put out 3 Digital Single/EP releases to help promote it. In the spring the Turn Around and Go Single was released and went to #14 on the European Indie Music Chart. Then for the summer we released the DownTown Mystic on E Street EP, featuring the Rock’n’Roll Hall of Fame rhythm section from Bruce Springsteen’s E Street Band—“Mighty” Max Weinberg on drums and Garry W. Tallent on bass. That went to #1 on the AirplayDirect Global Rock Chart. Finally, we’ve just released the Soul’d Out Single for fall/winter, which went to #5 o the APD Global Rock Chart.

It’s also been a cool year on the sync licensing front. DownTown Mystic now has music placed in over 100 TV shows and just got the song No Exceptions put in a movie called “Cam Zink:Reach For The Sky”. This is a really cool film that also has music from Pearl Jam and Social Distortion. Cam Zink is a freeriding mountain bike champion who has set records for his daring jumps down the sides of mountains on a bicycle. This movie is about as rock’n’roll as you can get. Check it out on iTunes.

The music one will hear on Soul’d Out is pretty different than your self-titled album; what would you ascribe to the different tacks taken on each?

One of the reasons that the music is different is because Soul’d Out is part of the Rock’n’Roll Romantic album, which is the rock’n’roll album I’ve always wanted to make. It was also recorded the way I had originally envisioned DownTown Mystic as a project. I wanted to play with a variety of musicians instead of using a set group for all the songs. I think there are 17 musicians lending their talents on it as opposed to the 5 or 6 on the last couple of albums. The other difference in the tacks taken, as you say, is that I decided to experiment more on Rock’n’Roll Romantic than on any of the previous releases. On those I would give the musicians the demos of the songs we were recording so that they would come prepared for the sessions. On Rock’n’Roll Romantic the musicians came to the studio not knowing what they were going to play in advance. I had the production in my head and where I wanted to go with it. When they came to the studio I played them the song on my guitar and asked them to give me their ideas on the spot. The reason for this was to keep it fresh and spontaneous, which is the way rock’n’roll should be played. It was very much an experiment. Sometimes it worked and sometimes it didn’t. What I found interesting was that the quality of the players involved is so good, that it’s nearly impossible to distinguish between them…which is great!

You’ve got some heavy hitters on Soul’d Out. What was it like laying down music with Trixter alums?

Both Steve Brown and PJ Farley of Trixter are monster players, but they also show that they can play with taste and restraint when the song calls for it. I had recorded 3 songs that I wasn’t happy with, so one day I asked Steve and PJ to come down to the studio and see what they could do on the songs. One of the songs was Soul’d Out. Steve brought his 12-string acoustic guitar with him and thought it would add something to the track, and it sure did. I kind of held PJ back on the bass a bit because I wanted it to have that pulse. I told him to feel free to inject in between. He stayed on the quarter note pulse like I asked him to, but added some very tasty parts that are simple yet very melodic and McCartney-esque. Steve and PJ have been at it for a while now and I think they’re 2 of the best musicians of their generation.

Long-time fans will be familiar, but for those readers that may be of a younger generation, who was Brian Jones and why is he important to DownTown Mystic?

As you say, a younger generation would not know who Brian Jones is, especially when you mention The Rolling Stones. But it was Brian Jones who formed The Rolling Stones and gave them their name. He’s been called “the Soul of The Stones” because he had a knack for being able to play any instrument and he gave The Stones recordings a distinct sound. He was also called the “Golden Stone” because of his perfect blond hair and in the early days was probably more popular than Mick Jagger. It’s been said that Brian lived the wild life that Mick and Keith only wrote about. I think the term “sex, drugs and rock’n’roll” was coined to describe Brian’s lifestyle! In the 60s when Swinging London was happening, Brian Jones was the trendsetter for fashion and decadence.

Why is he important to DownTown Mystic? Brian was the original Rock’n’Roll Romantic, so he had to be included on the new album. He fathered 6 illegitimate children with 6 different women. Then he fell in love with the one woman who would leave him for Keith Richards. Between losing the woman he loved and his band, he was heart-broken. A month after he was fired from The Stones, he drowned in his swimming pool at the age of 27. A year later Hendrix, Joplin and Morrison all died at 27 but Brian was all but forgotten. DownTown Mystic did not forget Brian. His story is the quintessential cautionary tale.

You’ve released two titles in the last few months – Soul’d Out and DownTown Mystic On E Street. While there is a larger gulf between the eponymous album and your latest releases, I contend that there are still differences between these two singles. How does the overall feel and spirit differ between the two maxi-singles/EPs?

It’s interesting that you hear differences because 2 songs from each release are on Rock’n’Roll Romantic. The most obvious difference is in the rhythm sections. I think Garry Tallent & Max Weinberg from the E Street Band have very recognizable styles in their playing, which is probably what you’re picking up on. With the exception of And You Know Why off of the E Street EP, I think the other songs on it really fit their styles. Soul’d Out is a very different type of song for me in general and I doubt that Garry & Max would have played it that way. PJ did not play on the basic track for Soul’d Out but put his bass part on later, although I don’t think you could tell that by listening to it.

Here’s a somewhat interesting behind-the-scenes fact…Garry played on a live version of Brian Jones before it was ever recorded and his bass part was very different from what you hear on the Soul’d Out Single. But I have to credit him for giving me the idea to include hints of Stones songs inside of it. As for the overall feel and spirit differing between the 2 releases, again I think that difference is the E Street rhythm section. As I said earlier, I wanted to experiment more with these recordings, but with Garry & Max it was fairly simple. They took control and knew how they would play the songs. I just had to play along.

What does the band look like at this current moment? Are there any guest stars that you would ultimately like to have in on a future DTM recording?

Now that I’ve made the record that I’ve always wanted to make, in the way I’ve always wanted to record, I have a variety of players available. My goal was never to have DownTown Mystic as one set group, which as it turns out is a good thing, because it’s very hard matching up some of these guys’ schedules. As for future guest stars, I like to dream big. Sir Paul McCartney would be at the top of the list because whenever I’m stuck on a bass part I always think, what would Paul play? So to have him of all people put down a bass line on one of my songs would be totally crazy. Springsteen would also be interesting since I’ve actually had dreams where we work together, so who knows, right?

How can individuals contact you or listen to your music?

As we mentioned, DownTown Mystic is a busy band. What plans do you have for 2016?

By now I’m sure you’re aware that the big plan in 2016 is to release the Rock’n’Roll Romantic album. This is what I’ve been building towards with the single/Ep releases this year. This is a concept album about the craziness of rock’n’roll romance. The album looks at different relationships and how they all go south because the people involved are all crazy. It was my goal to make a classic rock album and I think I have.

Yes I do. I want them to know that I’m intent on bringing rock’n’roll into the 21st century. But I’m not interested in making “classic rock”. I’m making modern music using vintage or retro sounds. When I say I want to make a classic rock album, I’m not talking about making a classic rock sounding album. I’m curious to know what your readers think when they hear the term “classic rock”. To me, “classic rock” is a radio genre that plays old songs from the past, not to be confused with “oldies”, which is another radio genre. I understand that journalists use the term to be complementary but it kind of does a disservice because I think it paints the artist into a corner as playing “old sounding” music. I mean Springsteen is a classic rock artist but can’t get any of his new releases played on the stations that play his classic hits. So what good is it? Just my two cents. lol

Always a pleasure, James. Congrats on the new baby!