Anita Ward comes out strong in 2016 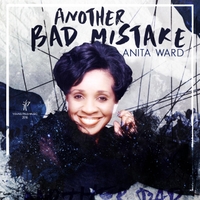 For fans of disco and early dance music, the name Anita Ward will bring fond memories. Ward’s Ring My Bell was a massive hit in 1979 and still garners radio play. Not content with the fame brought by Ring My Bell (and Don’t Drop My Love after that), Ward released her Another Big Mistake. This 2016 single showcases Anita staying true to her roots with a bold, bouncy beat and inimitable vocals. The production and richness of the single has Ward playing for a new generation of fans that have listened to little more than EDM during their formative years. Written by Ayhan Sahin and Bernadette O’Reilly, Another Bad Mistake is one of the first true disco singles we’ve heard in years. Sahin’s familiarity with the Ward discography may be the reason why this is such a natural hit for Anita. One could easily imagine this coming out in the early eighties; the cut’s crossover success is unparalleled.

Released on Young Pals Music, Another Bad Mistake seems destined for heavy rotation on pop and dance stations. We’re holding out hope that Ward will be able to put some finishing touches on a full-length album in late 2016 or early 2017.