Dungeon Family – Even in Darkness LP 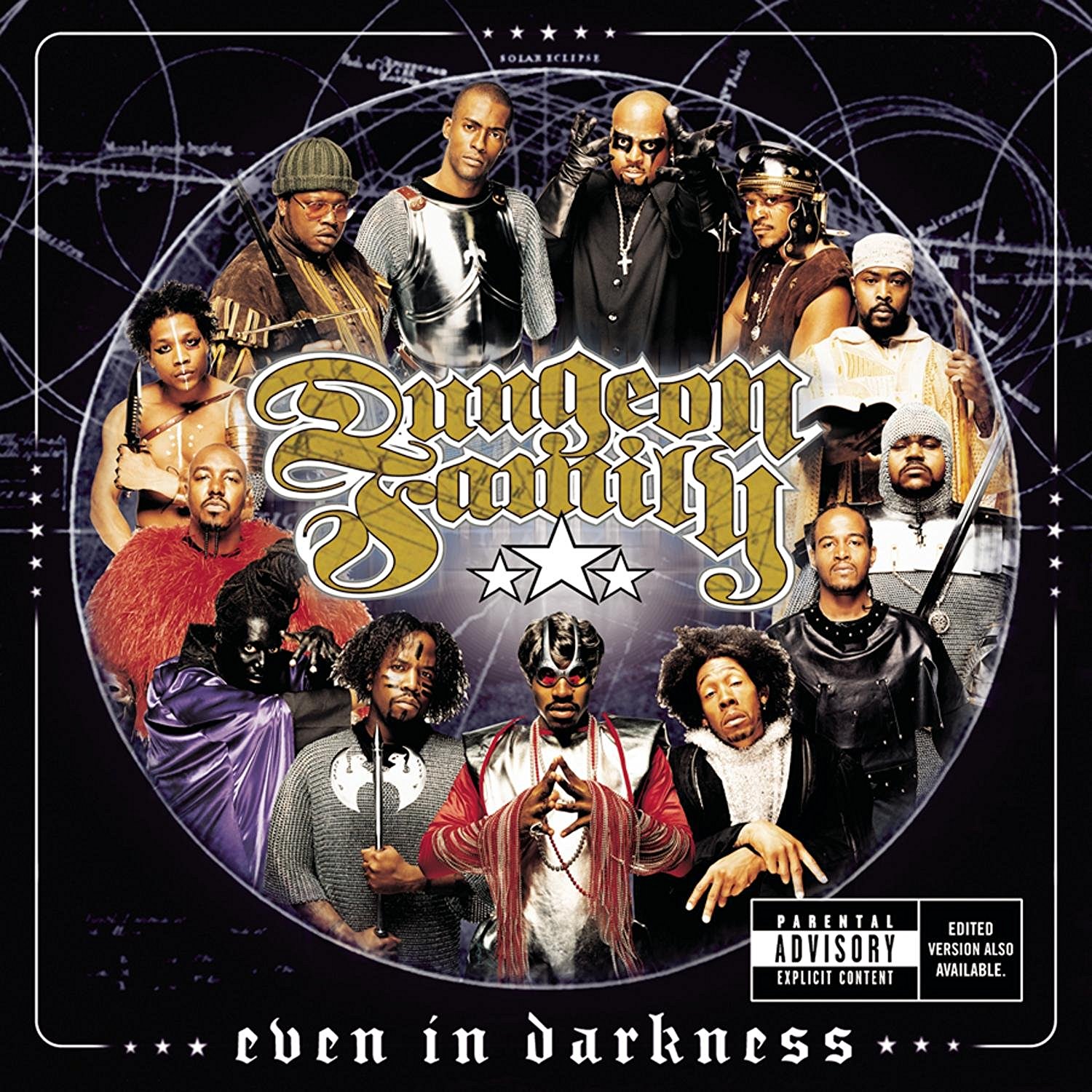 The recent desire of universal and other companies to create and otherwise refresh the vinyl market is fantastic, as I recall there being a number of years in the late 90s and early 2000 where a great many albums either received a tiny print run or did not get a vinyl release outside of a 12-inch single.

Dungeon Family’s Even in Darkness was one of these releases. The Dungeon Family consisted of a veritable who’s who of Atlanta rappers from the late 90s and early 2000s, headed by Outkast and Goodie Mob members. The act would also include Killer Mike, Big Gipp, T-Mo, Slimm Calhoun, and C-Bone. The Dungeon Family was integral in creating the second generation of Atlanta sound that would be later popularized by Southern rappers such as TI and Ludacris. This vinyl release is magnificently print, showcasing the original album art in extreme clarity. The transfer of this album is stellar showcasing all the nuance present on the ever-changing role contributing to the songs where it is easy to just focus on the contributions of each of the group’s most well-known members digging. Crooked Booty keeps the momentum high while the best-known single from the album, Trans DF Express, refreshes a timeless Kraftwerk-contributed backing beat.

Going deeper into the album’s playlist (Follow The Light) showcases some stellar wordsmiths that have otherwise been lost to time. For example Emergency is a strong mid-album effort due primarily to the contributions of Backbone (5 Duce- 4 Tre). With the overall style of rap changing much more to adopt the stark production and EDM elements music comma, Even in Darkness becomes all the more interesting. Even Atlanta rappers have a substantially different sound now than in the early oughts,  but this album doesn’t ever sound dated or otherwise lacking when compared to current music. While contributions from other acts under the Dungeon Family umbrella (Soul Food and Miss Jackson) will continuously be recalled as high-water marks of the late 90s Atlanta seen there are quite a few singles on Even in Darkness that stand up to repeat spins.

The vinyl pressing of Dungeon Family’s Even in Darkness is out now on Sony Legacy.