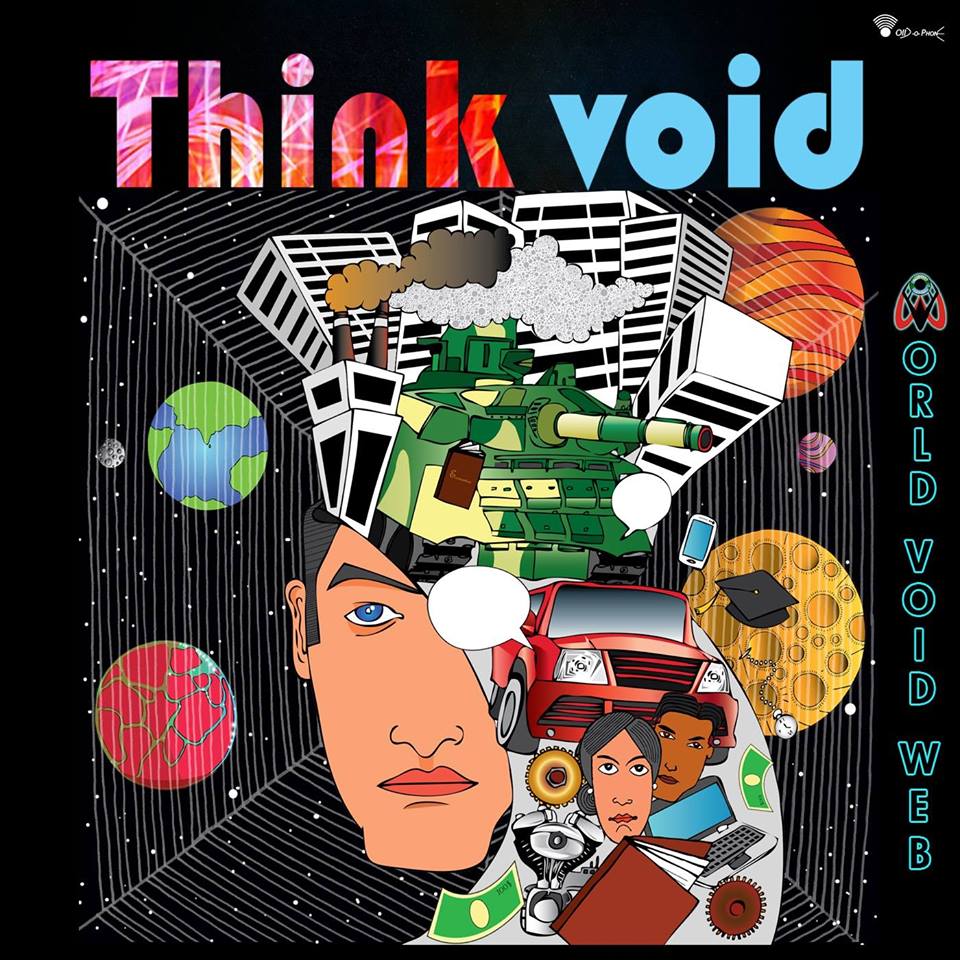 Dark, brooding, and grave in its opening, World Void Web’s Think Void ensures that listeners will be on the edges of their seats by the time that Snore of a 100 Crore ends. The track deftly blends vocal snippets with industrial and traditional Indian musics, making for something that is wholly unique. Where most artists would struggle to corral such a diverse array of styles, World Void Web is able to create a stream of consciousness release that works as a cogent entity.

On the Edge of the Unending is a solid contribution to Think Void as this effort swings much more to the instrumental-heavy side of things. When vocals are included here, they contribute more to the melody. There is still a powerful narrative force that is present here, inserting some threads into Think Void that listeners will pick up again during One, The World Over. One, The World Over works due to a one-two guitar / drum dynamic that challenges typical conceptions of proper time signatures. As a result, the crunchier sound of this single feels as if it is drawn from progressive rock styles and from the compositions of a Murray Head.

The Stories We Live, Inspire has WVW shift styles again, adopting much more of an 1980s synthpop sound. The same epic sound brought by the percussion settles this track into a Moving Pictures / Permanent Waves-era Rush meets equal parts Kraftwerk and Linkin Park.

That Which Can Be Heard is a furious effort that which ups the chaos and pairs it with an emotive guitar line. Including these two disparate styles will require listeners to spin this cut multiple times before hearing everything that has been contained within. The same advise should be utilized for the whole of Think Void.

Top Tracks: On the Edge of the Unending, One, The World Over