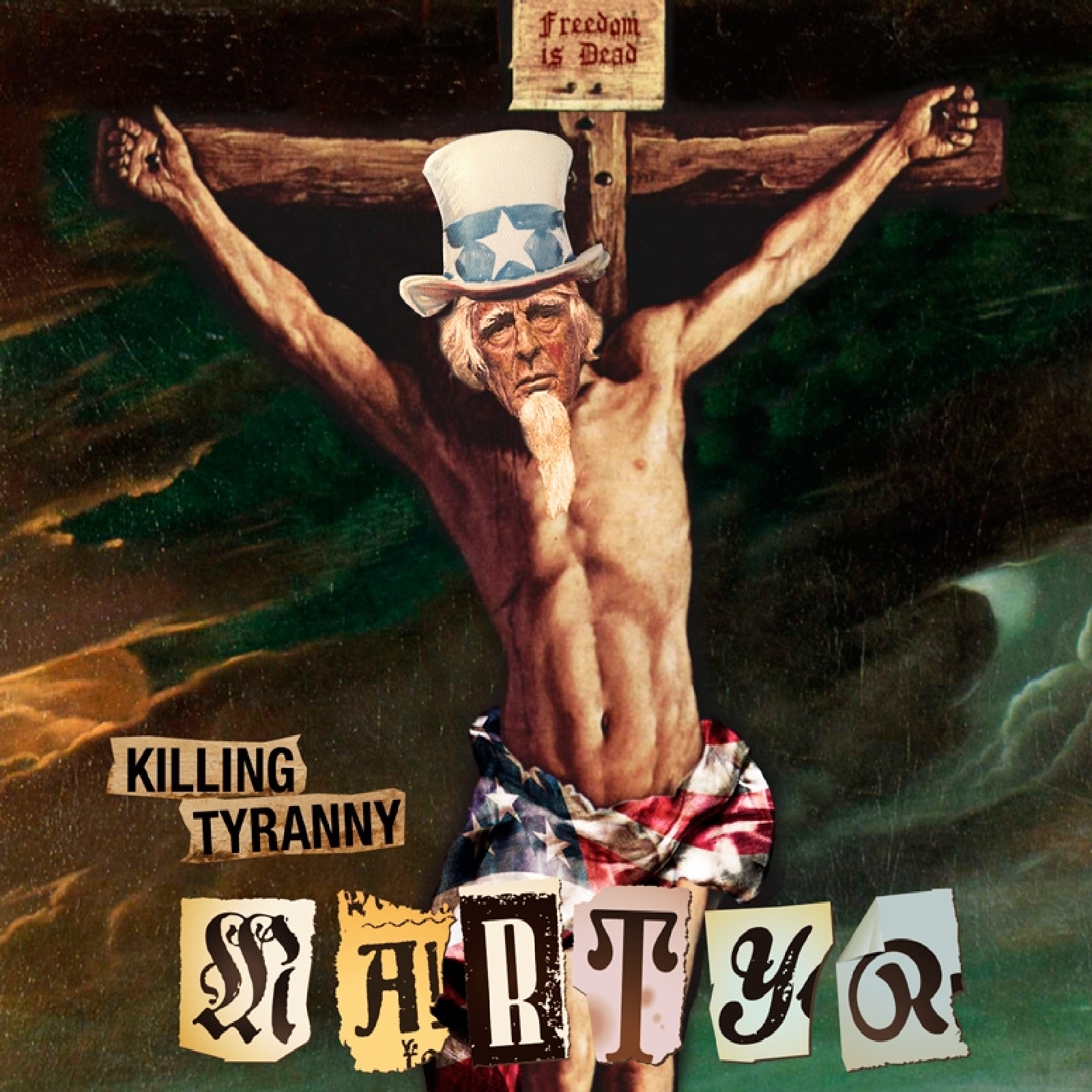 Over the course of the last year, we have had a great time listening to Killing Tyranny’s Martyr. So much, in fact, that I feel there are some hidden tracks that deserve a bit more explication. The Plague is what 1980s California thrash should have sounded like; with even the releases of luminaries like Anthrax and Metallica sounding tinny and faint, the sheer in your face sound of splashy drums and brusque, intense vocals get people out of their seats and into the pit. Sleeper Cell is a collection of Fucking Hostile-era Pantera, Five Finger Death Punch, and even a hint of Cannibal Corpse before everything is said and done. The supersonic vocals stand out in a track full of ferocity, while the chorus will tattoo itself deep into the hearts and minds of anyone listening in.

The One is the vital track that connects the first half of Martyr with the final selections. Straight-forward drums, vocals that draw upon Candlemass, and a back and forth between the instrumentation and the lyrics makes this into a must-listen. Here We Come does not allow listeners to take a breath, as each element of Killing Tyranny immediately kicks it to 100. The distinct sections of Here We Come keep the momentum high as fans hurtle into the final few songs on the album. Particular accolades have to be given to the style of rhythmic vocals (imagine early Red Hot Chili Peppers or Faith No More) that ensure that the track stands above a slew of already lofty efforts.

For an album that stands up to repeat spins, Killing Tyranny’s Martyr covers a lot of ground. The confidence that the band displays here is considerable, but is always backed up by tremendous skill and a desire to make music that boldly stands the whole of hard rock and metal on its head. Make sure to add the band on Facebook and Twitter for the latest in information, song snippets, and anything to do with Killing Tyranny.

Killing Tyranny’s Martyr is available from their Bandcamp .