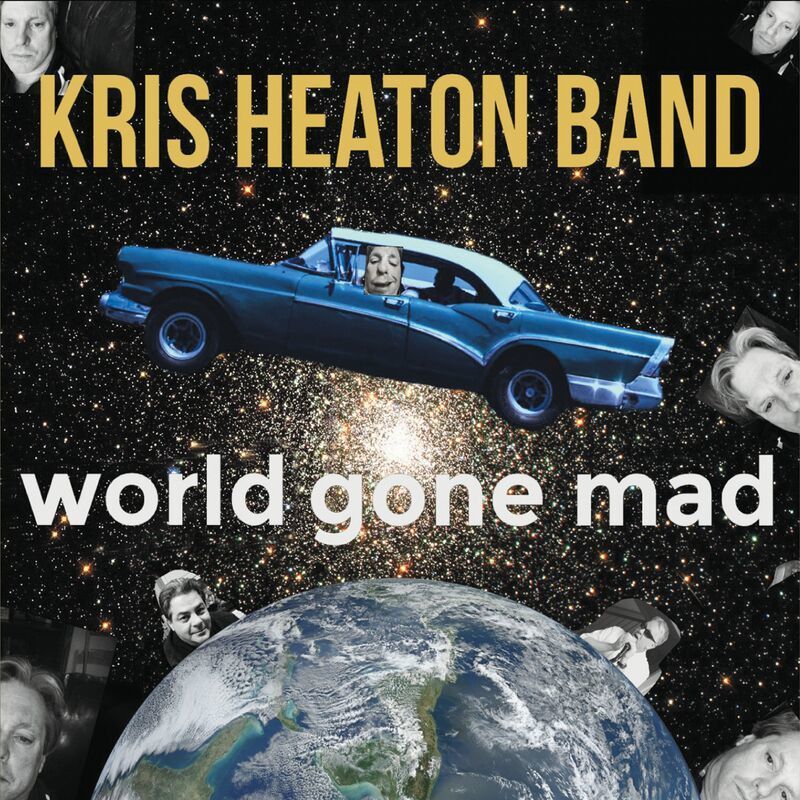 Who Let the Bullets Fly is a rock track that has a hopeful sound that builds off of the style of performers like John Mellencamp and U2; the drums and guitar dynamic that represent the backing instrumentation for this first effort set the stage for the music and overall approach that is to follow. Kris’ vocals are dynamic, unique, and take all of the best parts of 1970s rock and 1980s hair metal. Thoughtful arrangements ensure that listeners will have to play the World Gone Mad CD multiple times before hearing each wrinkle included. World Gone Mad, the titular single, goes back into the days of melodic metal in the vein of Alice Cooper and Queensryche; the statements and lyrics laid down here by Heaton paint a dark story that expresses some of the major issues of current existence. When We Danced is a higher energy effort that will tattoo itself deep into the minds and hearts of listeners; of particular note during this single has to be the tremendous emotional content of Heaton’s vocals and the thoughtful dynamic crafted between the guitars, bass, and drums.

When the Sun Goes Down is a high-water mark on World Gone Mad, adding further variation and tools to Kris’ arsenal; the ability of Heaton to continually innovate even into the second half of the album is unparalleled when it comes to current and contemporary musicians.

During Where the Wind Blows, all parts – the guitar work, Heaton’s vocals, and the driving tempo – unite to make an absolutely epic sound that acts as a soft stop for the disc. Better World is the final statement on this album, moving into the electrified rock of acts like Boston and Styx. Hints of Whitesnake and Motley Crue can be heard before the last note rings out.

Top Tracks:  When the Sun Goes Down, Where the Wind Blows