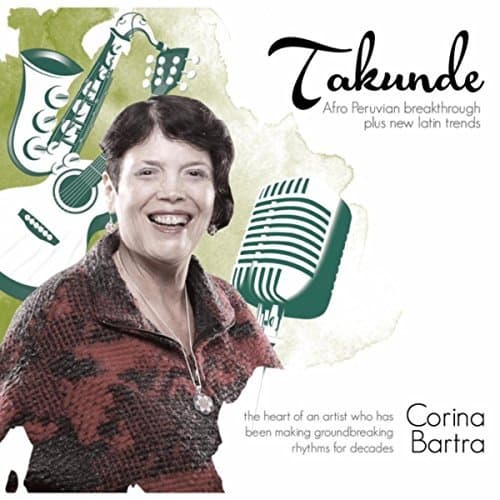 Corina Bartra begins her latest album Takunde with El Tamalito, a song that provides listeners with a solid introduction to a performer that deftly ties together traditional forms of music with a vibrant, current, and contemporary sound. Bartra’s backing band is able to build a rich musical tapestry, whether it be the intricate guitar arrangements of Seth Johnson, the soulful saxophones of Jay Rodriguez, or the emotive piano lines by Steve Sandburg that highlight and bolster Bartra’s own vocals, over the course of Takunde (the bass and drum work by Victor Murillo and Vince Cherico respectively bear mentioning as well.

Bridge over Troubled Waters is another success as Bartra’s storytelling match well with a challenging time signature and shuffling beat that will have fans simultaneously wishing to hear exactly what Corina is saying while wanting to move out to the dance floor. Samba de Aviao is a timeless song with ample nods to the modern jazz of the mid-20th century and a fiery passion that will imprint itself on anyone listening in. Purple Heart Sky is a smoky, sultry track that further hammers home Bartra’s ability to tell a story, while Black Narcissus pushes the instrumental side of things (drums/piano/bass) to a wholly higher plateau.

Marinera Jazz and Paseo de Aguas are the final two statements on Takunde, representing significantly different styles to Bartra’s music. It is this depth of sound that will keep fans as engrossed in Takunde’s compositions during the last notes of the latter as they were when El Tamalito initially fired off. Bartra is able to create something special in Takunde, blending rich and thoughtful vocals with developed, mature arrangements. Takunde is available from your favorite DSP (iTunes, Amazon).