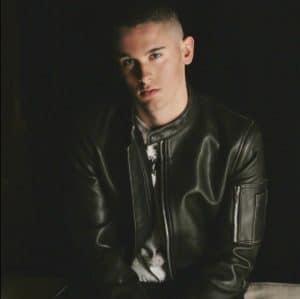 The first single from the new Vessbroz album featuring Kyle Davis’ singing and lyric contributions, “Nothing”, has all the catchiness you’d hope for, but there’s an additional layer of substance coming from Davis’ songwriting skills. Davis doesn’t settle for just writing a grab bag of phrases but, instead, constructs a natural sounding lyric that his vocals handle with more than a little aplomb and that have something genuine and powerful to say. The personal aspect to his songwriting is quite clear, but nonetheless relatable. The flourish informing his writing is never overwrought and doesn’t steal the spotlight away in any respect from the Vessbroz efforts. The blending of their respective skill sets results in one of 2018’s more formidable releases and one can only hope this collaboration will continue. “Nothing” is more than just a promising taste of an album to come; it’s an important standalone musical work. 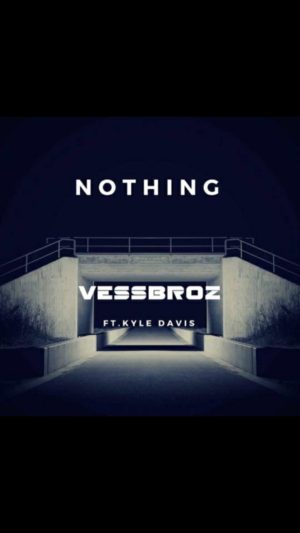 It has just the right amount of time to get over with its audience. It kicks off with a bit of synthesizer flourish before segueing into its main pattern, but this is a song that takes chances and shifts a number of gears before finally coming to a conclusion. Blending acoustic guitar with understated electronic percussion and inventive synth sounds makes for a attention grabbing musical stew and it sounds like nothing else really going on in EDM today, at least on a mainstream level. This is commercially appealing, but it also has a solid musical backbone that’s often missing from the everything but the kitchen sink style we hear from Vessbroz’s less discerning contemporaries. The bridges and choruses alike in this tune are particularly effective and the most memorable instance of the former comes near the song’s end as the tempo changes for a final time and both Davis and the Vessbroz respond creatively with memorable performances.

His voice is equally memorable. Davis has all the energy you want from someone singing EDM material, but he’s got great naturalness, like good live singers, and his phrasing and voice control are nothing less than astounding. He really creates an emotional atmosphere working alongside the Vessbroz’s often urgent musical inventions but there’s never any feeling that the act of creation or performance is being rushed in an significant way. “Nothing” is a confident and warm musical statement taking on a serious topic in an adult way. Kyle Davis, with his performance as both a writer and vocalist, takes his place as one of the brightest new talents working within the genre and exhibits such considerable skills it’s not stretch to wonder what he can do outside of this style. We’re sure to find out more and more about his capabilities in future years and Vessbroz are an important chapter in his story. This is a smashing first release from an album promising much.