The Breeders – All Nerve 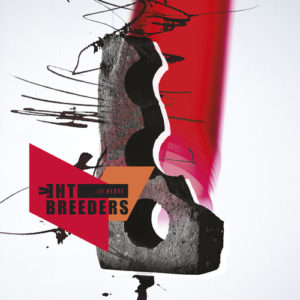 There’s always a sense of hesitation when a universally adored, classic band puts out new music after years away. The Pixies are probably one of the best examples. “Indie Cindy,” the 2014 post-reunion album that came after two decades of silence was… well, underwhelming. Expectations are just too high for most bands to meet. The Breeders, coincidentally made up of former Pixies bassist Kim Deal, may be one of the few exceptions.

“All Nerve,” the group’s fifth studio album and first in over 10 years, finds the band in a remarkably impressive place. Almost 30 years after they first formed, you’d have to go back to 1993’s “Last Splash” to find a Breeder’s record this strong. The playing is as confident as it’s ever been with the same soft-loud-soft guitar build ups that The Breeders, and The Pixies before them, are known for. Songs like the slow tempo “Space Woman” and the brilliant, and equally slow “Walking With a Killer” are balanced out beautifully with faster and noisier fare, like “Archangel’s Thunderbird.”

More impressively, the album gets better with each repeated listen. Not all classic bands should keep making new music after the reunion. The Breeders are clearly an exception.