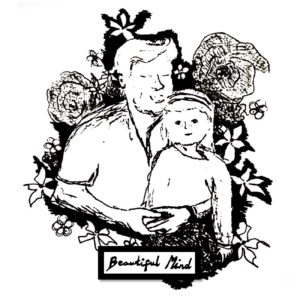 East London’s Nicola Thoms, comes out on the scene with her new single, “Beautiful Mind” and it’s a beautiful song indeed. And she’s no new comer. As a musician she’s been around since the age of 16 but still young. She attended the Brit School of Performing Arts to study music and this is when she really began to develop her love of writing. Since graduating from the Brit School, Nicola has gained herself a music degree, recently graduating from the Institute of Contemporary Music Performance in May 2015. And she’s been writing songs and this new single makes her a force to reckon with.

Nicola grew up being surrounded by soul and R&B music, and throughout her youth, long car journeys with her parents were always accompanied by the likes of Whitney Houston, Stevie Wonder, Candi Staton(a name you don’t hear anymore). Her goal is to create music that really resonates with her and tells and honest story. She also likes more current artists, including the likes of Amy Winehouse and Jhene Aiko. These are only influences though, you’ll find no voice like hers at the end of the day. That is what it all boils down to with Nicola and this wonderful song.

She sings an homage to her grandfather, and that’s who “Beautiful Mind” is inspired by. She comes in with the most stunning voice, you’re almost taken aback by the time the chorus chimes in. There’s no turning back after that, as the song takes off and does the business. And business is very good, with Thoms pulling off a grand performance in the studio, which makes you want to hear her voice live. She’s in a league of her own by today’s standards, but in the big leagues of the past, when this kind of music was formed, instead of reshaped and formed into what it is today.

Upon only hearing this song once, it’s a wowing experience worth partaking in which lasts and lasts after that. There’s no two ways about Nicola Thoms and her music, if only there was more to hear but the future should bring out everything she has to offer. The future is where it is for her as she breaks out, but it’s a song you can’t forget, so it won’t be dismissed by more content from her. It should remain a milestone for her, as any song with as much staying power as this has in the current music world. It can go the distance, in fact it already has just by existing.

The sound Nicola’s voice brings to the table isn’t something any artists of the past 15 years have brought, including the TV talent competitions. She’s a real artist with the right spirit and attitude, skills and understanding of the art. But judge you can and will for yourself, and if your cup of tea you’ll be glad you drank it. The music and vocals of “Beautiful Mind” go down smooth and sweet, not a sour note to be heard on it. Sheer class and integrity meet in the middle where Nicola Thoms stands.