An interview with Paul K 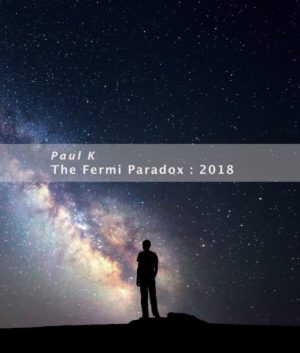 Today, we are speaking with Paul K. Can you give us a little background information about yourself?

Sure. I’m Paul Kirkpatrick, aka Paul K, and I’m a UK based songwriter, composer and producer. I write instrumental music that is a mix of electronica, classical, rock and ambient and I’m also one half of the electro rock duo “Glitch Code”.

I got into music at a very young age listening to my elder sister playing early Bowie and T-Rex and having piano lessons at my parents’ house. I really got deeply into music myself post punk as a teenager with bands like Joy Division and The Cure before buying my first synth (Roland Juno 6), which I still have today, and getting into electronic music with Gary Numan, Depeche Mode, Kraftwerk etc. From there I formed my first teenage band, “Out of Mind”, and started playing live with that band and all the bands that followed.  I’ve been writing and performing ever since.

I’m lucky enough to have a studio at my house and I run Logic X as my main DAW. Gradually over the years the amount of physical kit has reduced, and the number of soft synths and plug-ins increased exponentially. My go to soft synth is Omnisphere 2 but I also rely a lot on Kontact and Reactor from Native Instruments and all my writing is done using the NI Komplete Kontrol S61. I also have the full collection of Roland Boutique Synth Modules to emulate sounds like the classic Jupiter 8 or the TR808 drum machine. I’m also a big fan of Output and have all their instruments including the great new loop tool “Arcade”. I have lots of synths in and around the studio and the Kurzweil PC3X is my main stage piano. There is an array of guitars and basses, a Roland TD 30, which we use to track all the live drums into Superior Drummer 3, and a Moog Theremin. On the new album I’ve also been using a lot of Mellotron through the Mtron Pro Soft Synth.

Plug-In wise for mixing I use the Waves Suite, Brainworx for EQ, Eventide T-Verb and the full Soundtoys suite.

All the strings on my albums are recorded live using a string quartet, either in separate sessions in my studio or sometimes I will hire a bigger studio if I need to record them together.

Tell us a bit more about your new release, The Fermi Paradox. How does the album provide listeners with information about you?

I like to write my instrumental albums around a central theme and The Fermi Paradox is about the human obsession with being alone in the universe and the billions of dollars we spend trying to seek out new life and conquer space, set against the juxtaposition that there are so many lonely and displaced people on our own planet ravaged by famine, warfare, social injustice and poverty. It also deals with making a connection between the loneliness of people as they get older, the isolation that social media can bring to people with the constant need for attention and the distraction that modern technology brings to ordinary people lives. We obsess about finding new intelligent life on other planets while slowing killing our planet with our consumerism and inability to live together in peace. I wonder what alien intelligence would make of us if they were observing us now!

The album features some prominent cosmologists discussing the search for extra-terrestrial life and key historical events surface across the different tracks, some obvious, some hiding in plain sight! Hopefully listeners will be taken on a journey with this album and each track reveals something new on each play through. Maybe a voice you never heard the first time or a musical part that fuels your imagination, I hope this album is an experience rather than just a collection of tracks. I grew up with the LP and I still buy and listen to whole albums rather than streaming a track here and there as playing an album used to be an experience and I’m trying to recreate that with The Fermi Paradox. I spent 3 months researching the subject matter before writing a note so hopefully listeners will enjoy the experience!

What stylistic differences exist between TFP and your last album, Omertà?

The Fermi Paradox has a different vibe to Omertà through the use of speech, backing vocals and more live drums. I think it still is recognizable as a Paul K album, but it expands from where Omertà left off and some of the tracks have a more dynamic live feel about them. I did this on purpose after we performed Omertà live last year and the mix of electronic and acoustic instrumentation was very well received. I have also been experimenting with different instrumentation and layers of sound and I think the last track, “Arecibo”, brings it all together as I had imagined it when thinking about the concept of the sound. On that track we have a choir, ebow guitar, fretless bass, layers of synths, piano, the live strings and a solo electric violin, Theremin and Mellotron and it ends with a great Arabic sample from the golden record, which is aboard the Voyager spacecraft, “Greetings to our friends in the stars. We wish that we will meet you someday”

A number of the songs on The Fermi Paradox have single-word titles (e.g. Anomaly, Exegesis, Embryonic). Is there something significant about these names?

Yes, I tried to keep the titles in line with the concept of the album as a whole and with each element of the story that the track portrays. For example, the opening track, Anomaly, refers to the fact that we may be the only lifeform in the universe as the creation of life needs a complete series of events and circumstances to happen and, divine intervention aside, maybe we are unique at this time in the history of the cosmos. I’ve read a few reviews of the album where the reviewer has done research on the song titles and I think that’s great that the album has ignited an interest in the subject matter.

I have very eclectic tastes in music, but my all-time biggest influences are David Bowie and Kate Bush. They are pioneers and ground breakers never afraid to try something new that inspires others to also try something new. I’ve tried to capture that spirit on The Fermi Paradox and to experiment to get it to sound how I hear it in my head. I’ve also been a lifelong fan of Gary Numan and I’m a big admirer of Moby, Max Richter and David Sylvian. From a classical sphere, Chopin, Debussy and Satie are my most influential composers.

There are so many great artists I would like to perform with, but I think David Gilmour and Kate Bush would be my ultimate dream with either of their live bands thrown in for good measure!

What should listeners expect from your music in the future? What does the rest of 2018 hold for your music?

Interestingly my next album after Fermi, called “Reconstructed Memories” is in production now and is sounding like the stripped back companion to first two. It will feature just me and my cellist, Rachel Dawson, and is much more electronica based. It is dealing with the concept of false/implanted memories vs real memories and has a very chilled vibe about it in the early stages of recording. I am also getting ready to perform Fermi live later in the year and I’ve started writing the new Glitch Code album “Minimal” which we hope to release next year. So fairly busy!

My website http://www.paulk-music.com has samples from the albums on it as well as videos. You can also visit my YouTube channel or listen on Apple Music or Spotify. There are links to all my channels and feeds on the social panel on the site.

How has the radio/Pandora/Spotify/other online responses been for your discography?

The response to my work has been amazing and the positive reviews have been very humbling.  I’m so glad people enjoy listening to it and it spurs me on to the next project. I’ve done lots of radio interviews over the last year or so about “Omertà” and it is interesting to see how an album with a concept (not a concept album per se) sparks such enthusiasm which is reflected in the host’s lines of questioning and how they have interpreted the music. To see both the Glitch Code album and Omertà in people’s top albums of the year makes all the effort of getting your music out there and heard worthwhile!

Life is short and precious, time is eternal. If there are others out there we will eventually find each other but, in the meantime, lets learn to harness the energy and money we pump into exploring space and warfare into protecting our own planet and learning to live together in peace. Reach out to people who you can see are lonely and instead of viewing life through the screen of your smartphone, live in the moment and experience real human connection. Perhaps then we will be a more appealing species for extra-terrestrial intelligence to engage with in the future.

No problem, it was a pleasure.