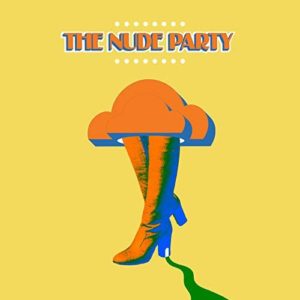 Jesus, who knew it would take a band of 20-somethings to perfectly, organically resurface the vibe of ‘70s rock – from the swagger of the Stones to the swamp funk of Leon Russell – for the modern era.

The Nude Party’s self-titled debut is an exercise in a “rules be damned, we’re gonna do this one our way” mentality, stripped of any calculated need to fit into the current music scene. From the wandering guitar and keyboards lines to the group sing-alongs, the record is 11 tracks of pure bliss. The third song, “Chevrolet Man,” about a band ignoring conventional wisdom and following their own path, is the song that hooks you from the start, but the rest of the album pays off on the promise offered from that lead single. The band has a chameleon-like knack for changing sounds track to track. From the psychedelic organ on “War is Coming,” the Jagger-like vocals on “Records” to the Question Mark & the Mysterians vibe on “Live Like Me,” the band have an impressively deep well of influences they’re pulling from.

Despite this being the band’s first full length (along with a lone EP), they’re hardly novices as they’ve been playing together for six years already. All living under the same roof, the band has locked into a cohesive sound some groups take decades to accomplish.