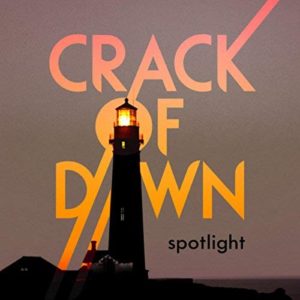 I’ve had the chance to listen to some pretty awesome music this year, not just as a member of the indie music media but as a fan in general. Of course there’s plenty of trash that we have to wade through to discover the real studs amongst the duds, but overall I feel like 2018 has been a winner in terms of productivity and increased exposure for the new, up and coming artists who really deserve it. One of the coolest new groups that I’ve gotten the chance to get to know recently is none other than Crack of Dawn, a hardcore experimental soul/R&B crew from north of the border whose new album Spotlight is taking critics across the continent by storm at the moment, and for good reason. Spotlight isn’t just another R&B album to emerge from the Canadian wilderness this year, and it certainly has a lot more stamina and literacy than the dearly disappointing summer release by fellow countryman Drake. What I found in Spotlight is something really special, something that we don’t scoff at in this industry. You see, Crack of Dawn are onto a particularly exciting new formula for making pop music.

Crack of Dawn have been around for quite some time now, but in America, critics like myself are getting our first opportunity to really give them a close examination thanks to a new surge of attention that this latest record is garnering for them. Formed in the 70’s and dormant until 2013, this group of artistically diverse minds came together with a single goal at their inception; to make big music for a big world, and they’ve made their own legend doing so. You could make the argument that Crack of Dawn never got the fame and success that they’ve worked so tirelessly for in the last four decades, and you’d be right, but I’d like to pose an additional theory. Perhaps it took now, this time and moment, for Crack of Dawn’s vision to be fully realized in broad technicolor. Spotlight is a very, very modern record from a band that sounds very much in their prime, rather than a group that has risen from the ashes for one more valiant ride. Spotlight doesn’t sound like an attempt to break back into the scene, but instead like something innovative, taking us somewhere bold, new and fresh using some of the same key pieces that launched another style over a generation ago. If that seems like a deep vision, you should expect as much. Crack of Dawn are a deep unit, who think in the larger scope of things. When great minds come together with a single mission and the same level of love and commitment going into it, amazing things happen. Spotlight is one of those amazing things, and it is my sincere recommendation that anyone who wants a look at what is going to be the biggest thing in the 2020’s pick up their own copy as soon as possible. Because as this very gifted group of artists reminds us, the past is always going to be in the rearview mirror, and the future is very much in the now.